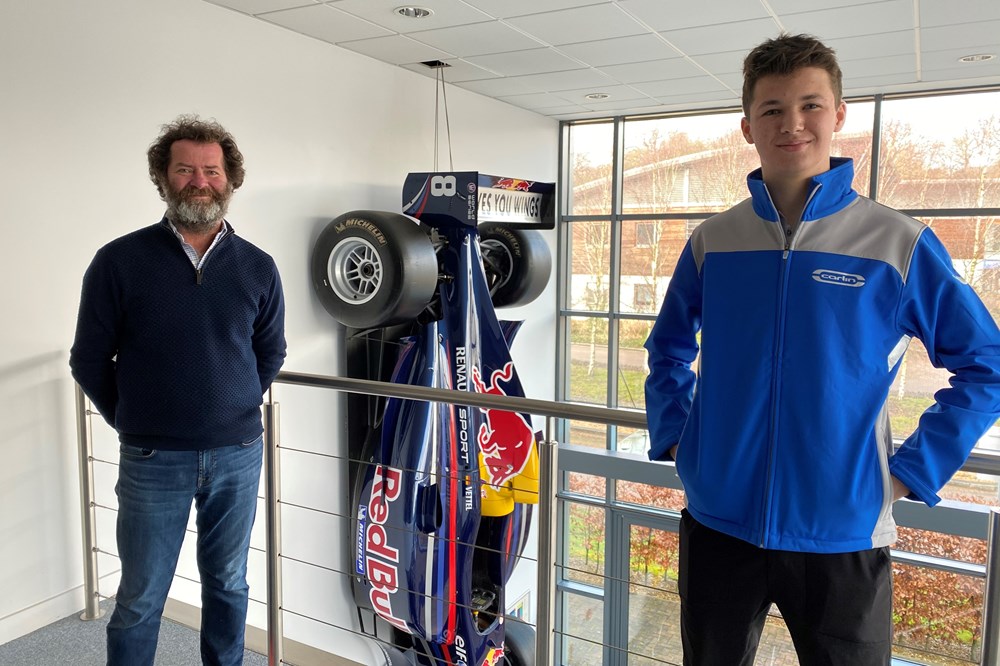 Team USA scholar and Formula Ford 1600 star Bryce Aron will jump up to BRDC British Formula 3 this year with Carlin.

Aron has raced in wingless single-seaters for the past two seasons, and established himself as a name at home in America and in Britain.

After coming third in F1600 Championship Series in 2019, Aron moved to the UK in 2020 with Low Dempsey Racing and was fourth in Castle Combe FF1600 – after missing the season finale – and fifth in the BRSCC National championship.

He went even better in the end-of-year classics, finishing fifth in the FFord Festival and then third in the Walter Hayes Trophy.

“I’m massively excited for the season ahead and this next chapter in my career,” said Aron.

“2020 was a big year for me, not only as a driver but also as a person living so far away from home for the first time.

“I had the opportunity to test the F3 car at the end of last year and was blown away by the power and the grip the car has, it’s certainly a big step up from the Formula Ford car I had been driving previously.

“No doubt 2021 will be a steep learning curve for me but I’m so excited to be joining Carlin, a team with such a strong history in F3 and the junior formulae.

“To be following in the footsteps of so many incredible drivers that have come through the team feels really exciting.”

“We are pleased to welcome Bryce to the Carlin family for the upcoming British Formula 3 season and look forward to working with him closely this year and watching him develop in this highly competitive championship at some great British circuits.

“British F3 is a fantastic proving ground for young talent and Bryce will benefit from plenty of test and race mileage in this important learning year.

“He has a really mature attitude and the team have been really impressed with his application so far. We look forward to working with him this year.”