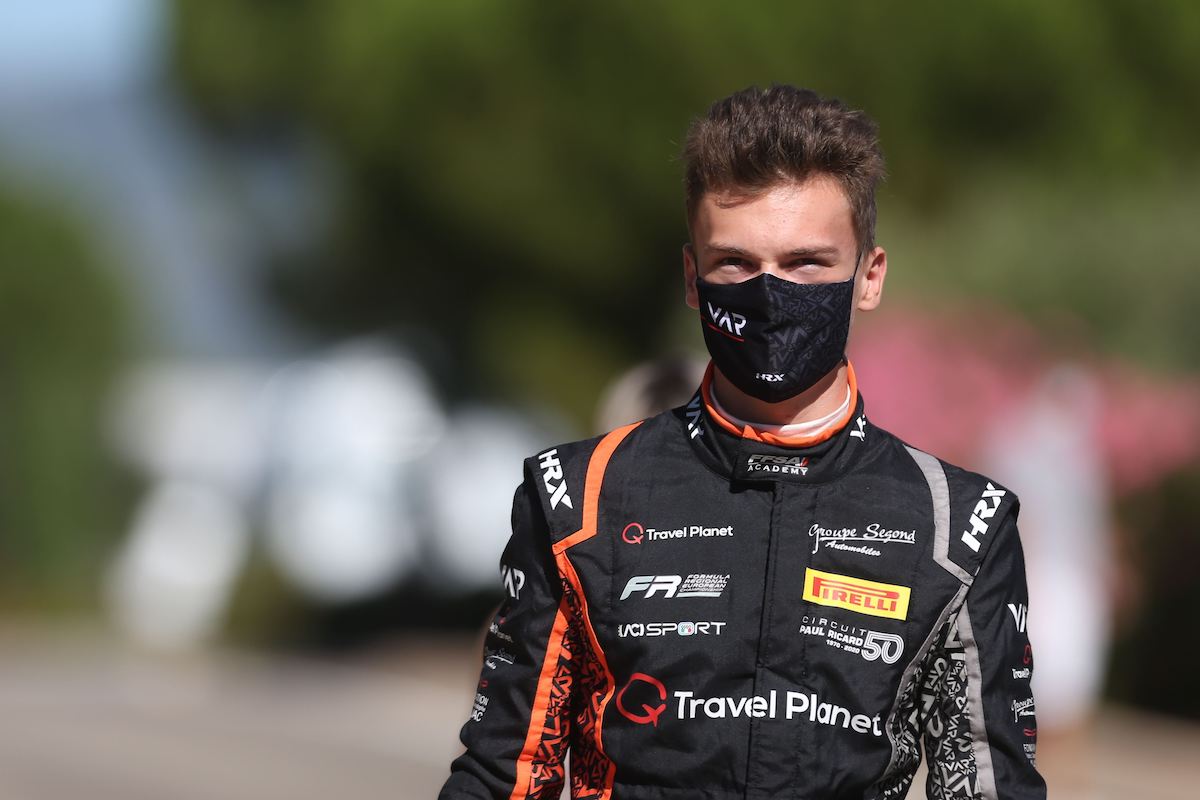 Chovet finished fifth in FREC last year with Van Amersfoort Racing, in a season that featured a victory and a pole, and also scored points in a two-round spell in the FIA Formula 3 Championship.

Marinangeli entered two FREC rounds with KIC Motorsport, and raced in the Formula Renault Eurocup for Bhaitech with limited success. His 2020 was interrupted by a broken leg that ruled him out of two rounds.

“Just had time for a short Christmas break and I’m already jumping into the winter preparation,” Chovet said on social media.

“Let’s move to the United Arab Emirates and take part of the FIA F3 Asian Championship with Pinnacle Motorsport.”

He will reunite with FREC team-mate Alexandre Bardinon at Pinnacle, which is set to announce a third driver before the season start on January 29/30. After Asian F3, Chovet is set to make a full-time move into FIA F3.

The Motorscape team running Marinangeli was initially set to field BRDC British F3 driver Manaf Hijjawi before he backed out due to an injury, and is being supported by Hitech’s Technologies branch – a sister company to the Hitech GP team that is also racing in the series.

It will be Motorscape’s first programme in single-seaters, having previously run karts in local championships.

Hitech has already announced Red Bull junior Ayumu Iwasa and Reece Ushijima in its own Asian F3 line-up, and is set to add two more drivers.