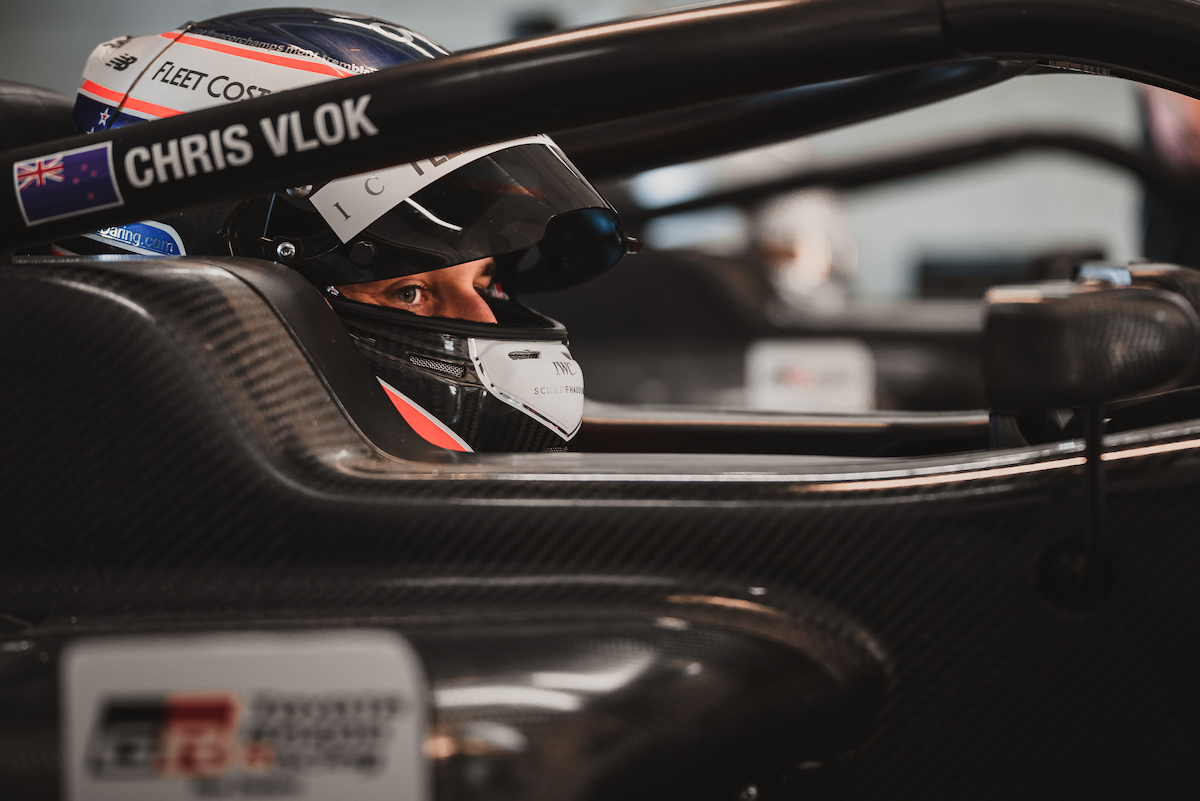 South African-born Kiwi racing driver Chris Vlok will contest the full Toyota Racing Series season this year, following on from his rookie campaign back in 2012.

The 28-year-old is best known for his time in British Formula 3 with Team West-Tec, where he was title runner-up in the championship’s National class in 2013. His season in TRS with Victory Motor Racing featured a best finish of ninth.

His 2012 also included races in Australian F3, JK Asia Racing Series and Euroformula, and before that he competed in BMW saloons and then Formula Ford in New Zealand. He has since moved into business, which has kept him involved in racing as the head of sports sponsorships for technology company Acronis.

“Alongside my business interests and aspirations, I’ve never lost my hunger to race and TRS provides a great opportunity for me to step back into a serious car and an ultra-competitive series with close, hard driving,” said Vlok.

“And best of all, without even having to do a long-haul flight to my races for once!

“The new era TRS cars are a lot closer to something you’d find in Europe and is effectively a Formula 3 car now with the latest technology & safety designs taken into consideration, so it’s an absolute pleasure to drive.

“I’ve lost over six kilos already and I’ve been going as hard as I can with my training and preparation to make sure I will be as ready as I can be when the first session begins.”

The TRS season starts at Hampton Downs next weekend, and will incorporate the New Zealand Grand Prix. Series organiser Toyota Gazoo Racing New Zealand has attracted many established local stars to join the grid for that round, while the remaining two events will predominantly be filled by younger drivers.

Formula Scout understands that M2 Competition will be supporting Vlok and several of the other full-time entries.

“I’ve tested the car twice now and have a good understanding of where I need to be physically, and that’s where a lot of my preparation has been directed,” Vlok added.

“Alongside this I have been working closely with TRS engineers to ensure that we are in the best possible position come next Friday.

“We are looking forward to challenging the unique field that Toyota has put together for this grand prix. There are generations of great drivers racing both new and old so it’s going to be a great experience to race against this diverse field.”