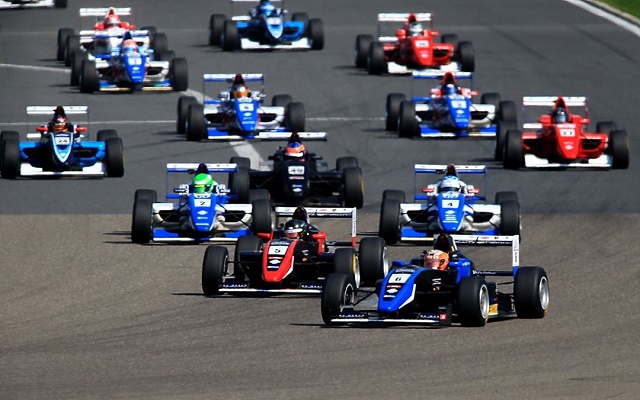 Belgian driver Alessio Picariello put in a commanding drive from pole in the first race of the season’s final round?at Shanghai to take his third consecutive victory.

The Absolute Racing driver got off to a fine start from pole and despite, a safety car period, managed to win by over six seconds from recently-crowned champion Martin Rump.

Picariello’s American teammate Oliver Askew had started alongside him on the front row, but lost second to Rump on the second lap.

Behind them, Jake Parsons and Matthew Swanepoel came together, the Australian falling down the order as a result, while the South African was forced to retire, bringing out the safety car.

On the restart, Askew was passed by Rump’s teammate Nick Rowe, but the Absolute Racing driver managed to get back in third place on lap seven and held on to claim his maiden podium in the series.

Aidan Read finished in the lead of a four-car train fifth, ahead of Chinese KCMG duo Yuan Bo and Jeffrey Ye, with Daniel Woodroof in eighth at the tail of the gaggle of cars.

Parsons recovered to ninth after his early collision with Swanepoel, making it the first time in the 2015 season that he was classified outside the top four, with Sean Zheng completing the top ten.