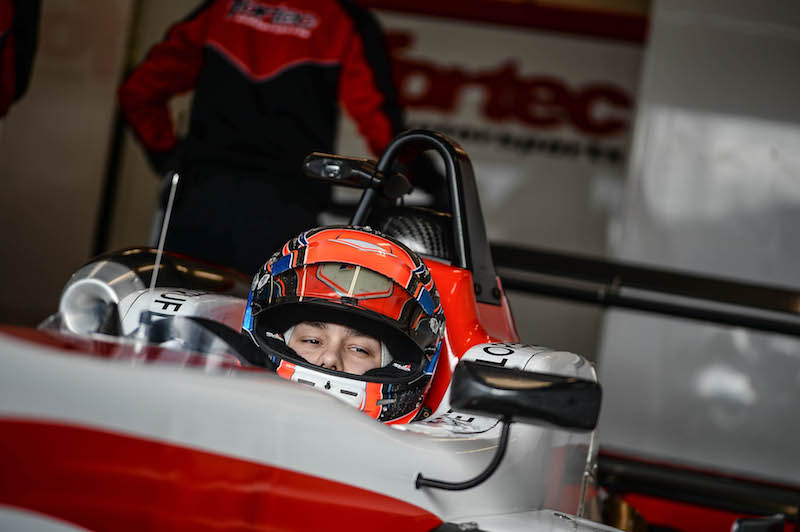 Petru Florescu took a surprise pole position in the second Euroformula Open qualifying session at a soaked Estoril, in which the top three were covered by just 0.001 seconds.

Race one winner and pole-sitter Felipe Drugovich set the pace for most of the session, and he once again ended the first runs with a substantial gap at the top.

The changing conditions made it difficult to judge when to push, and with eight minutes left Florescu jumped to first place with a lap just 0.011 seconds better than Drugovich’s.

A few minutes after that GP3 convert Marcos Siebert also bettered Drugovich’s time, and was a tantalisingly close 0.001s behind Florescu.

Pole position was Florescu’s first since 2016, when he was in British Formula 4, while Siebert bettered his third place from the Saturday qualifying session.

Drugovich was unable to improve, and so lined up third, his worst qualifying result in his EF Open career.

Over a quarter of a second behind the top three was Jannes Fittje, with Cameron Das and Winter Series dominator Bent Viscaal the only other two drivers to get within half a second of pole.

Championship leader Drugovich’s RP Motorsport team-mates Aldo Festante and Guilherme Samaia were second and third just after the halfway point of the session, but they dropped to seventh and eighth with no late improvements of their lap times.

This was still better than the other two RP drivers, with Michael Benyahia and Alex Karkosik being two of the slowest drivers in the session, only split by spinner Yves Baltas.

Calan Williams and Lukas Dunner completed the top 10, with race one front row starter Matheus Iorio in a disappointing 11th. Dunner’s Drivex School team-mate Christian Hahn failed to set a lap, although is still expected to contest the second race.