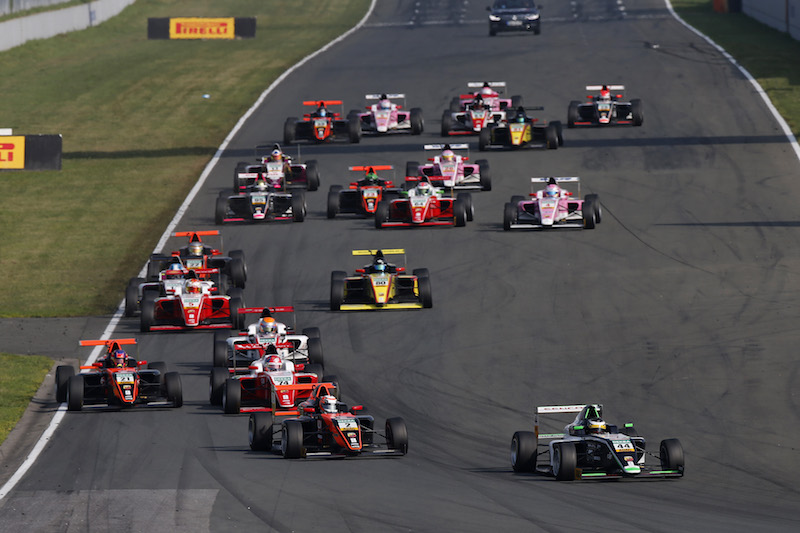 US Racing’s Lirim Zendeli took his second win from two races on the opening weekend of the ADAC Formula 4 season at Oschersleben.

After the opening race of the season which had the safety car come out multiple times, the race was only neutralised once to retrieve Mick Wishofer’s car from the gravel after after first-corner contact at the back of the pack.

Zendeli made a couple of mistakes during the race which closed the gap between him and second-placed Frederik Vesti, but he was able to hold on to take his second victory in two races.

Fittipaldi finished the race in third for Prema after being passed off the start by Vesti, adding to his fourth position obtained in the first race.

Konsta Lappalainen was able to finish in fifth position for KIC Driving Academy, with Andreas Estner just over 0.5s behind him in sixth.

Gianluca Petecof ended his race in seventh position for Prema after starting the race from the same position.

His team-mate Oliver Caldwell had moved up to ninth early on and by the end of the race was battling for eighth with Leonardo Lorandi. Lorandi was able to hold off the Prema driver at the chequered flag, although the gap between the two was just 0.081s.

Finishing off the top 10 in the race was?Mucke Motorsport’s Niklas Krutten, who started the race 12th.

In addition to Wishofer’s woe, it was also a difficult race for the other driver that joined Zendeli on the race one podium. Also from the back of the grid, Liam Lawson made it up to 11th at the flag, but received a 30-second penalty that relegated him back to 18th.