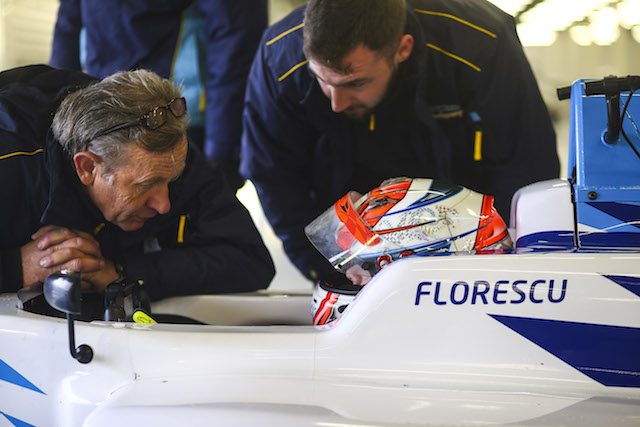 Florescu, a five-time race-winner in his second season of British Formula 4 with Carlin last year, was?already set to race in Euroformula Open with Campos Racing this year.

He has also been testing Douglas’ BRDC British F3 car in recent weeks however, and has now concluded a deal to race in the series with the outfit.

The 18-year-old will prioritise Euroformula Open in the event of clashes, meaning he will miss rounds two, three and four of the British series at Rockingham, Snetterton and Silverstone respectively.

“I think the tracks here and the level of competition in British Formula 3 really separate the top drivers from the average ones.

“I am very happy to be able to add five rounds of the British F3 Championship to my programme this season and I am excited to be working with Wayne Douglas and his team.

“They are all very focused and very good at their job. We just clicked instantly and I am sure we will do well together this year, especially since I love driving the British F3 car.”

Florescu?is the first driver signed for the coming season by Douglas, which took wins with Thomas Randle and Enaam Ahmed last year.

?We are delighted to welcome Petru to our British F3 team for the 2017 season,” Wayne Douglas said.

“He proved last year in British F4 that he is an extremely fast driver and we look forward to helping him continue that success during the British F3 rounds he contests with us this year.?