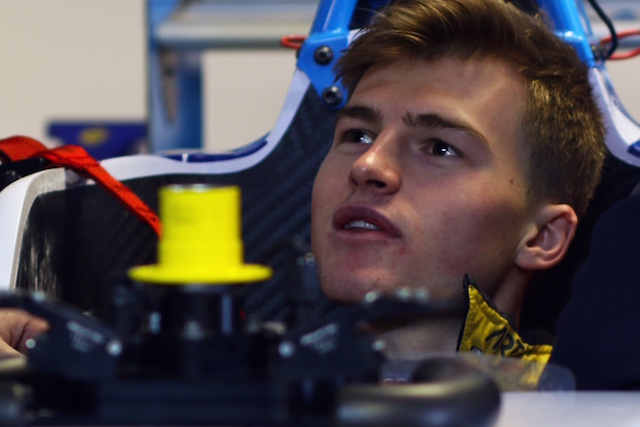 Callan O’Keeffe will race in the BRDC British Formula 3 Championship for Douglas Motorsport.

The former Red Bull and Lotus Formula 1 junior driver spent much of 2016 on the sidelines, but contested the BRDC British F3 Autumn Trophy at Snetterton in October with Fortec Motorsports and came third overall.

The South African was previously seventh in Formula Renault NEC in both 2014 and 2015 after stints in the Formula BMW Talent Cup and ADAC Formula 4.

?I’m absolutely ecstatic to be back racing again,” said the 20-year-old.

“It’s a great championship and car so we should be set for an exciting year.

“It’s taken a lot of hard work to make this drive happen and I really have to say thank you to a few key individuals from South Africa who have helped enormously.

“Douglas Motorsport is a great team and I already feel really at home there.”

O’Keeffe will be joined in the Douglas line-up at five rounds by Petru Florescu.

Team boss Wayne Douglas said: ?He showed his talent and speed during last year’s Autumn Trophy and I am confident he will hit the ground running at Oulton Park.”