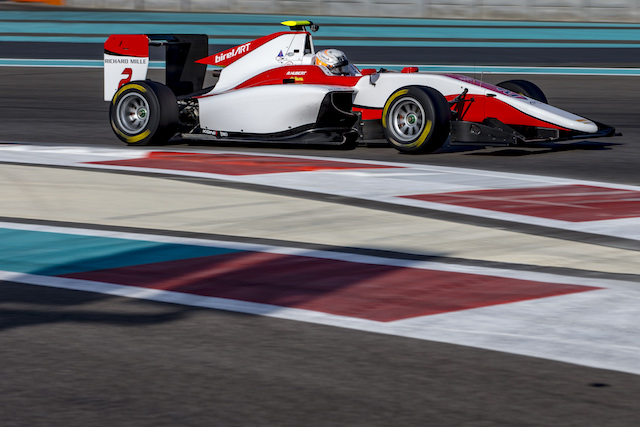 ART Grand Prix has finalised its GP3 driver line-up for 2017 with the signing of Anthoine Hubert.

The 20-year-old Frenchman moves to GP3 after a year in European Formula 3 with Van Amersfoort Racing, where he finished eighth in the standings and took a win at the Norisring.

Hubert was French Formula 4 champion in 2013 before two years in Formula Renault, culminating with fifth in the 2015 Eurocup.

He ran?with ART for two days at the collective test in Abu Dhabi last December, and has now completed a deal to join new Mercedes junior George Russell, Honda protege Nirei Fukuzumi and Renault-supported Jack Aitken at the team.

“This is an excellent career opportunity because it is the most titled team of the championship,” he said.

“My ambition is to work on my integration into the team this winter in order to get the best out of the package and to be ready to take up the GP3 challenge in the first races of the year as well as fighting with the front-runners.”

Team manager Sebastien Philippe added: “ART Grand Prix is proud to have one of the best young French drivers among its ranks.

“We have followed Anthoine’s career development for several years now and we have noticed his intelligent approach to racing, which will be an important asset for a championship as hotly contested as GP3.”