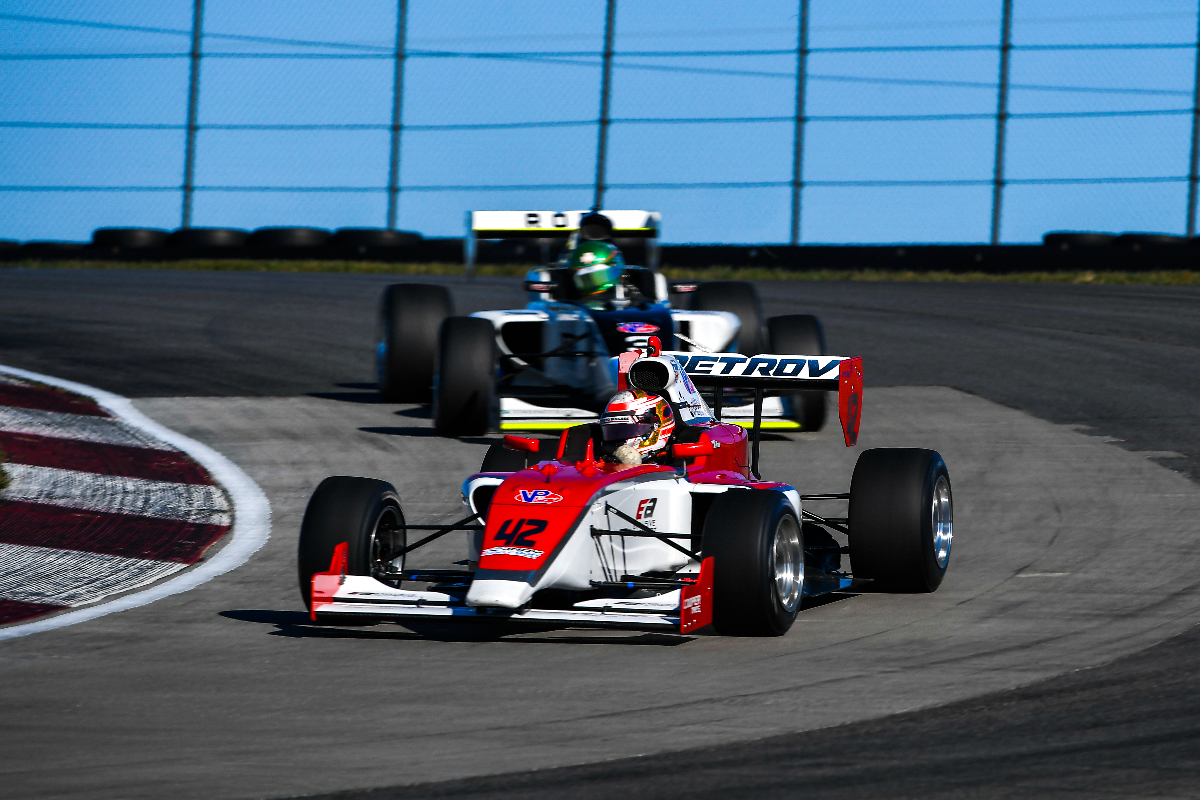 Exclusive Autosport’s Artem Petrov took his second Indy Pro 2000 pole by topping the timesheet in the first qualifying of the title-deciding weekend at Mid-Ohio.

The 20-minute session had hardly got underway before the red flag had come out for Turn 3 Motorsport’s James Roe spinning off at the first turn on his first attempt at a flying lap.

The seven-minute break in track action was not removed from the time as the clock was stopped, and when it restarted laptimes improved continually until the closing moments of the running.

Petrov came into the weekend as a driver with a very narrow chance of winning the title, but Christian Rasmussen, who qualified second, should have now denied Petrov a chance just by qualifying his car to race.

Jay Howard Driver Development’s Rasmussen qualified just ahead of main title rival Braden Eves, with the Exclusive Autosport driver putting in a late effort to line up alongside Juncos Racing’s Reece Gold – another driver coming in with an extremely remote title chance.

Exclusive’s Christian Brooks left it late to put in his best time to go fifth ahead of Miller Vinatieri Motorsports’ Jack William Miller.

Debutant Jordan Missig, also driving for Pabst, was the slowest of the 11 runners to set a time, some seven-tenths behind team-mate McElrea. Roe will start alongside on the sixth and final row.