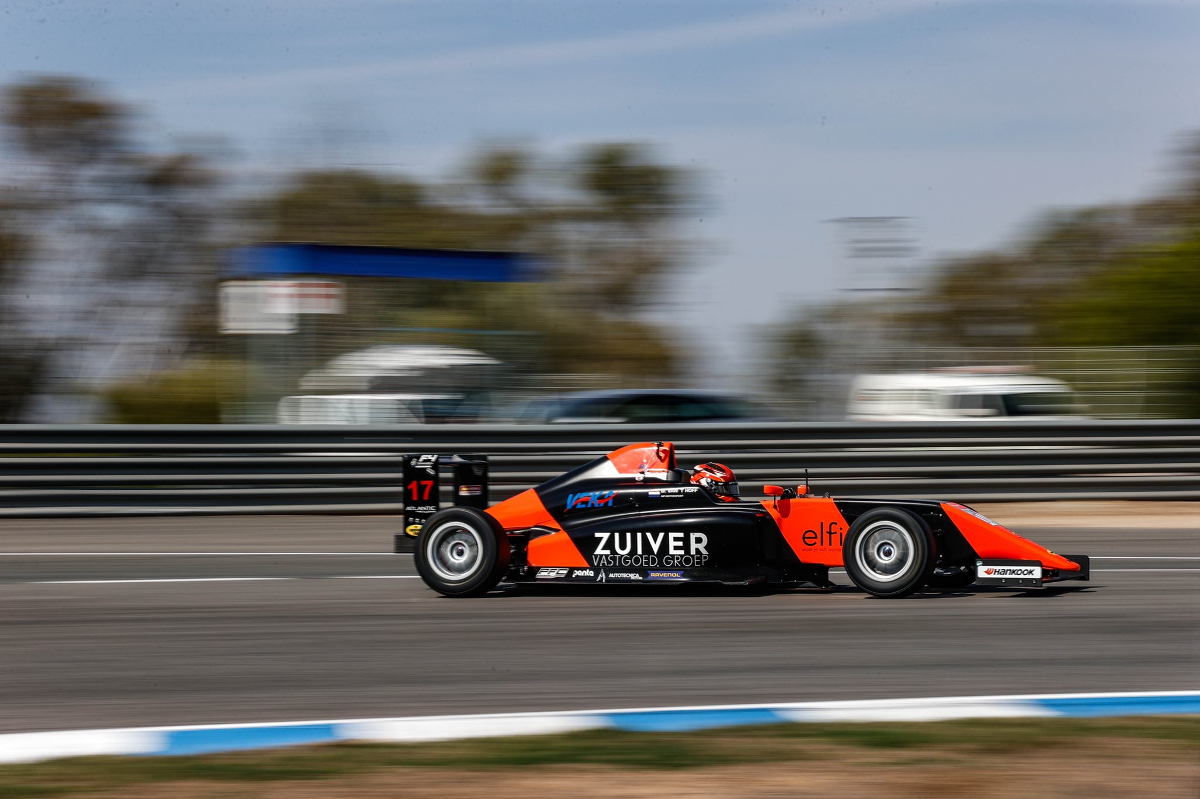 Dilano van’t Hoff took victory in Spanish Formula 4’s first race of the weekend at Jerez, where there were many battles but little overtaking.

Van’t Hoff held on to the lead from pole at the start, while a brilliant launch by Bordas allowed the Spaniard to challenge Vladislav Ryabov for second place around the outside of turn one.

Going into turn two, Ryabov pushed Bordas slightly off the line, which lead to the Spaniard dropping to fourth.

Koen was the biggest mover among the frontrunners, going from sixth to third in the first few corners. Bordas’ team mate Daniel Macia also enjoyed a good opening lap, moving from 10th to seventh.

Conversely, Campos Racing’s Pepe Marti had a very slow start, and he had already dropped from third to sixth, just behind team-mate Sebastian Ogaard, before going into turn one.

MP’s Noah Degnbol went off on lap two, but the battling up front continued without the need of a safety car. However, a crane appeared in the turn one gravel track to recover Degnbol’s car while the field passed by at racing speed in a potentially dangerous situation.

Bordas put pressure on Koen in the battle for the last podium spot during the whole race, and attempted a move a couple of times, but Koen stayed ahead.

Marti also got close to passing Ogaard a few times, but making it happen seemed to be impossible. The battle between the two allowed Macia to close up, which resulted in Marti having to defend.

Marti would still have the opportunity to attack Ogaard one more time in the closing stages, but there was no change of position.

However a two-second time penalty was then handed to Koen post-race for exceeding track limits, meaning he dropped from third to sixth and those immediately behind each moved up a spot.