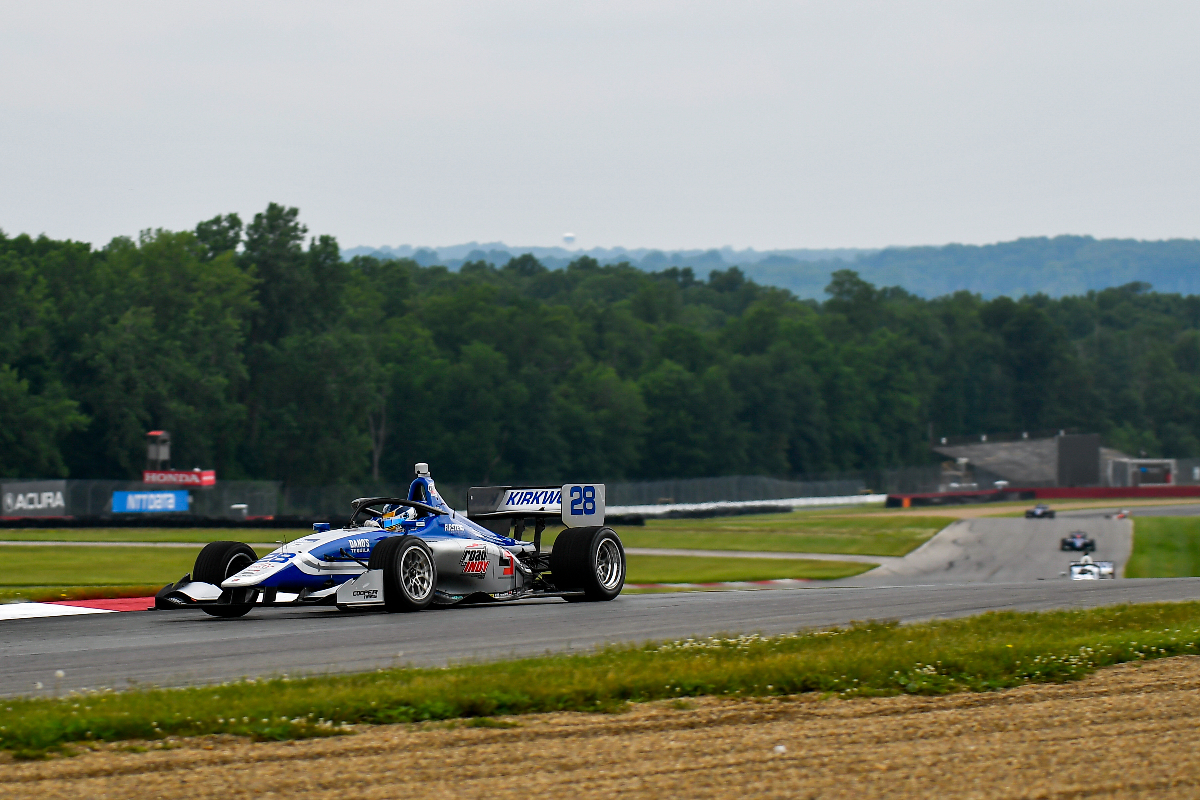 Andretti Autosport’s Kyle Kirkwood waited to pounce to secure the first Indy Lights pole of the title-deciding weekend at Mid-Ohio.

Kirkwood started qualifying with a 15-point championship lead and waited in the pits for the first 15 minutes of the 40-minute session before taking to the circuit.

In that time, there was a short red flag for Carlin with Jay Howard Driver Development’s Christian Bogle, who had spun and stalled.

When Kirkwood took to the track, he shot up the order pretty swiftly and, before switching to his second set of tyres, held a half-second advantage over the rest of the field.

His rivals then got their tyres up to temperature sooner on the second runs. This included HMD Motorsports’ David Malukas, Kirkwood’s title rival, who had sat in seventh after the first runs.

It was Malukas who gave Kirkwood the most pressure, lowering the benchmark, but Kirkwood was able to come out on top by three tenths of a second to take the bonus point for pole and the top spot for the start of Saturday’s afternoon’s race, in which he can effectively clinch the title in.

Juncos Hollinger Racing’s Sting Ray Robb was having his best run in Indy Lights so far, but the reigning Indy Pro 2000 champion spun out of the first turn and came to a halt, bringing out a red flag and a premature conclusion to proceedings.

He was sat in third at the time, but lost his best lap as a result and dropped to seventh in the order. That leaves an all-Andretti row two, with Danial Frost ahead of Robert Megennis.

Behind Robb was HMD’s Manuel Sulaiman, Juncos’s Rasmus Lindh and GRG’s Linus Lundqvist – some way down the order from where he has been earlier in the season.

Bogle went on to end up 11th fastest, ahead of the returning Pserra Racing entry of Antonio Serravalle.