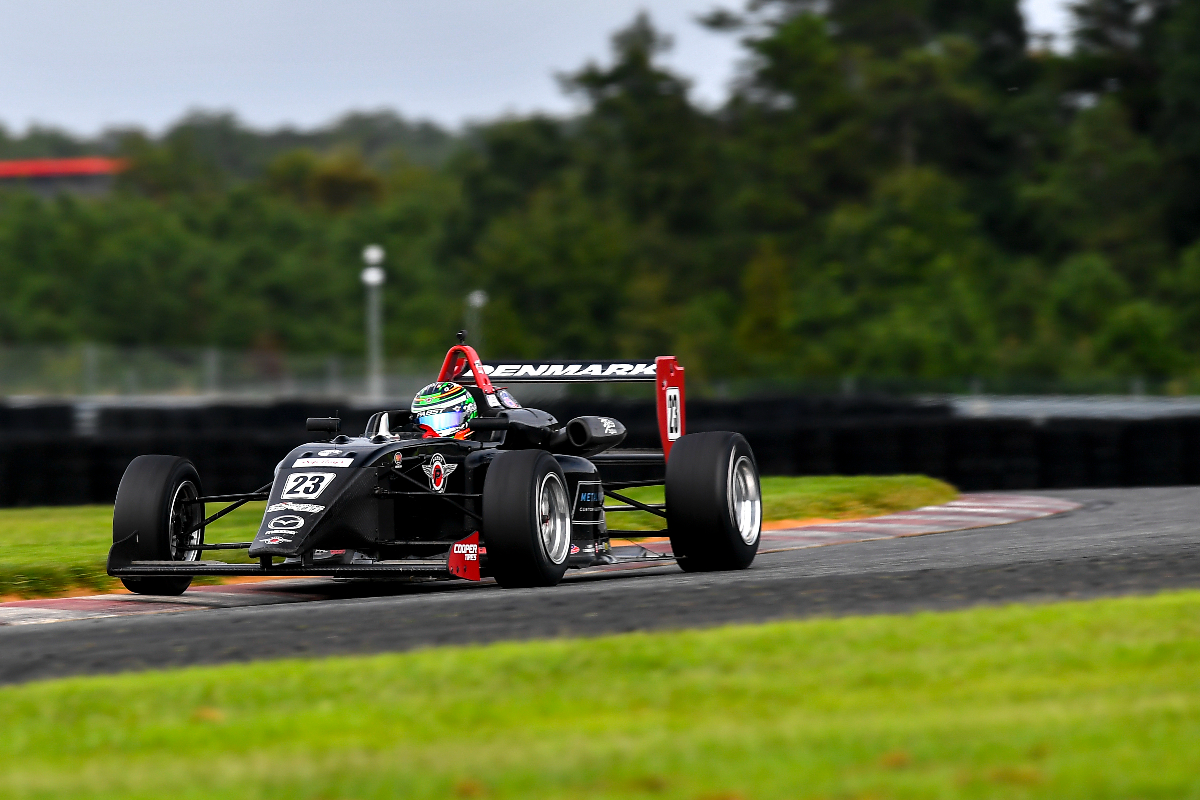 Pabst Racing’s Jace Denmark took the top spot in the final USF2000 practice of the season, held at Mid-Ohio.

The 30-minute session featured laptimes improving consistently throughout. It was the first piece of track action of a busy day in which Kiko Porto could be crowned champion.

It took a few minutes before each driver set a laptime, and not until halfway before Turn 3 Motorsport’s Josh Green got down into the representative 1m21s bracket.

From there, Denmark, Green and Cape Motorsports’ Michael d’Orlando – who has a narrow title chance – were trading the top spot.

But it was Denmark’s 15th lap of 21 set which ended up as the best, just ahead of Green’s effort not long after. Neither driver has won a race yet this season, with both taking one podium finish.

Pabst Racing’s Yuven Sundaramoorthy was one of a handful of drivers to improve with his final effort, going third quickest ahead of d’Orlando, who was less than a tenth off the top spot.

While the session largely went without incident, there was a spin late in the session for Exclusive Autosport’s Billy Frazer, who ended up 18th fastest.