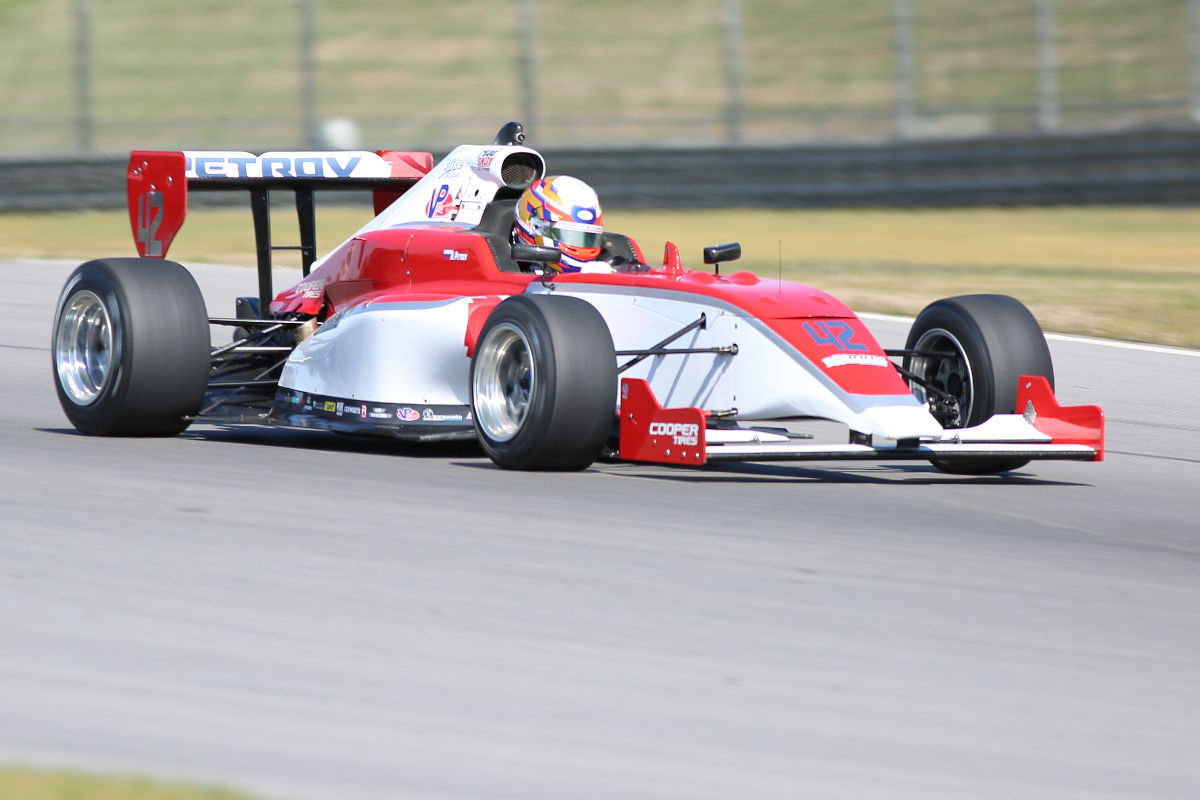 Indy Pro 2000 and USF2000 ran a pre-event test at Barber Motorsports Park on Thursday ahead of their season-opening races at the circuit.

Both series got two sessions each, and will officially begin their 2021 seasons later in the day when free practice takes place.

Juncos Racing’s Manuel Sulaiman was the pacesetter in the first IP2000 session, pipping Exclusive Autosport’s Braden Eves to the top spot by a tiny 0.0148 seconds.

The next three drivers, Kyffin Simpson (Juncos), Reece Gold (Juncos) and Enzo Fittipaldi (RP Motorsport/Andretti Autosport) were all within two tenths of Sulaiman, with the top 13 covered by a second and the whole field by 1.2276s.

The gaps only got closer in the afternoon session, although a warming track meant the fastest laptimes generally came in earlier on, and Exclusive’s Artem Petrov topped the timesheet with a margin of only two-thousandths of a second.

It was Pabst Racing’s Hunter McElrea who was the driver that got agonisingly close, and Sulaiman was just 0.0067s behind with his morning laptime.

Eves and Simpson similarly did not improve in session two, allowing Fittipaldi to jump between them to be the fifth fastest of the day.

Spike Kohlbecker (Cape with Ignite Autosport) topped the first USF2000 session, although transponder issues meant laptimes were only picked up from 15 of the 26 cars.

The track was considerably faster in the second session, and many of those whose name had a blank time alongside it in the morning were close to the front just after lunch.

In the end the top 20 were spread by less than a second, with DEForce’s Kiko Porto emerging on top by just 0.0498s over team-mate Nolan Siegel, with Exclusive’s Christian Brooks third fastest and also within a tenth of the pace.

Pabst’s Jace Denmark-Gessel was the top rookie in fourth, and Prescott Campbell made it three DEForce cars in the top five in fifth place. Of the drivers below 20th place, they were covered by a further 0.721s but Exclusive’s late signing Matt Round-Garrido didn’t have any of his laps recorded as his transponder malfunctioned.