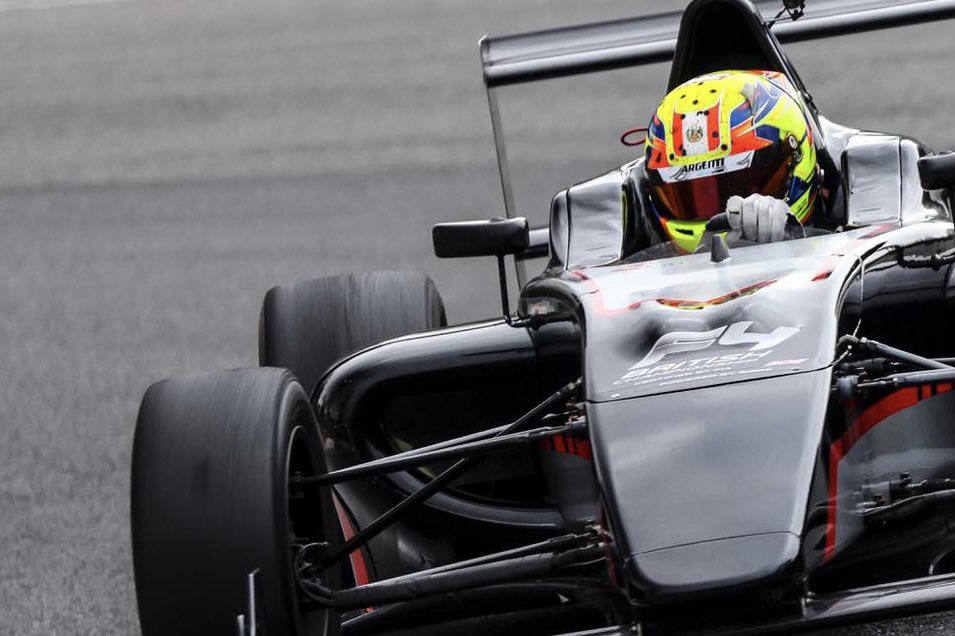 British Formula 4 teams organised a test at Knockhill over Wednesday and Thursday, with Argenti Motorsport’s Matias Zagazeta setting the pace.

JHR Developments’ Abbi Pulling was the first driver of the test to set a representative lap, and was on top for the first 19 minutes of the three-hour Wednesday morning session.

Zak Taylor (Arden) and Matthew Rees (JHR) briefly then became the pacesetters before Carlin’s Roman Bilinski set a 50.163s to make it into first place for the first time. The second-year driver ended up remaining there by improving on his best lap eight times to end the session on a 49.362s after two red flag stoppages.

There was a 0.150-second gap between Bilinski and Zagazeta in second place, but just 0.047s covered Zagazeta, Rees, Pulling, Taylor and Carlin’s Dougie Bolger.

It took longer for Bilinski to rise to the top in the afternoon session, with JHR’s McKenzy Cresswell and Pulling leading the way through the first hour. Zazageta also spent time at the top in the middle of the session, but three improvements from Bilinski brought him back into first place and kept him there to the end of the day.

Taylor was one of several drivers to hit the top of the times at the start of Thursday, before Bilinski settled into first place once more.

Zagazeta had the pace to surpass him though, and became the first driver to lap sub-49s with a 48.875s lap in the first hour.

The Peruvian was quickest again in the afternoon session, with Pulling in second place and one of only a few drivers to better their morning pace as the session was stopped four times and interrupted schedule run plans. Argenti’s Marcos Flack didn’t even get on track during that time.

Fortec Motorsports had cars out for Aiden Neate, who ended his first weekend in car racing earlier this month as leader of the French F4 Junior standings, and Anglo-Malaysian karter Nikolas Taylor who has tested with the team several times and is evaluating a move into British F4.