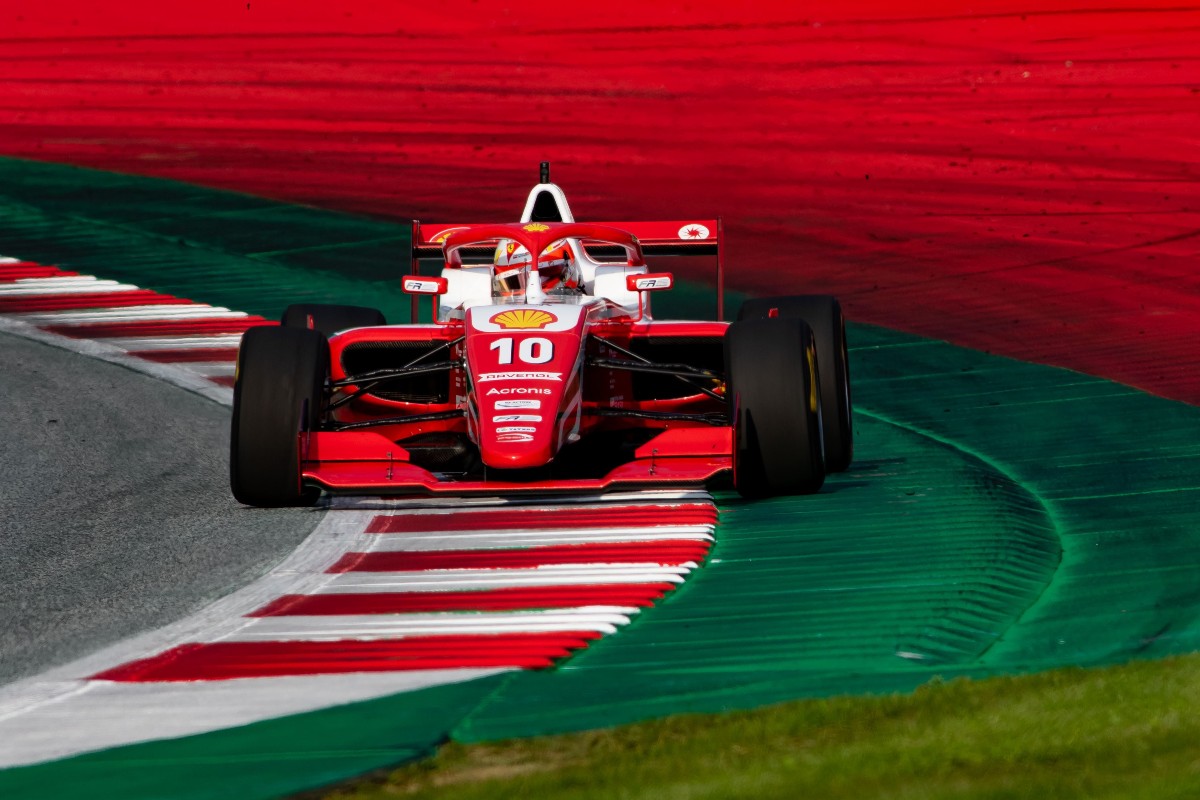 After being unchallenged at the start and at the safety car restart, which came about due to Chadwick’s opening lap crash, series leader Petecof pulled away and brought the fastest lap down multiple times on the way to claiming his third win of the season by 3.136 seconds.

Arthur Leclerc had to work hard to hold his second place on the grid during the opening lap, but then the challenge from the third Prema of Oliver Rasmussen wilted and he finished an easy second place.

Rasmussen ended up being hounded by KIC Motorsport’s Patrik Pasma and Van Amersfoort Racing’s Pierre-Louis Chovet after he went particularly wide out of the final corner in the first third of the race, but he had the pace to hold them off to claim his fourth podium and strengthen his title aspirations.

Chadwick’s race came to an end after she rearended and then skated over the top of KIC’s Konsta Lappalainen on the exit of the downhill Rauch left-hander. The crash ripped off one of her wheels and then sent her into the barriers while Lappalainen was able to return to the pits to retire.

Formula 3 debutants Nico Gohler, who is relacing Juri Vips at KIC, and Alessandro Famularo battled hard for sixth place once they gained positions from the crash between Chadwick and Lappalainen. Gohler did a lot of defensive work, while Van Amersfoort Racing’s Famularo wasn’t afraid to get his nose in at most of the corners.

Technical issues that were believed to be turbo related meant Gillian Henrion started the race late, and as a result finished a lapped 10th.