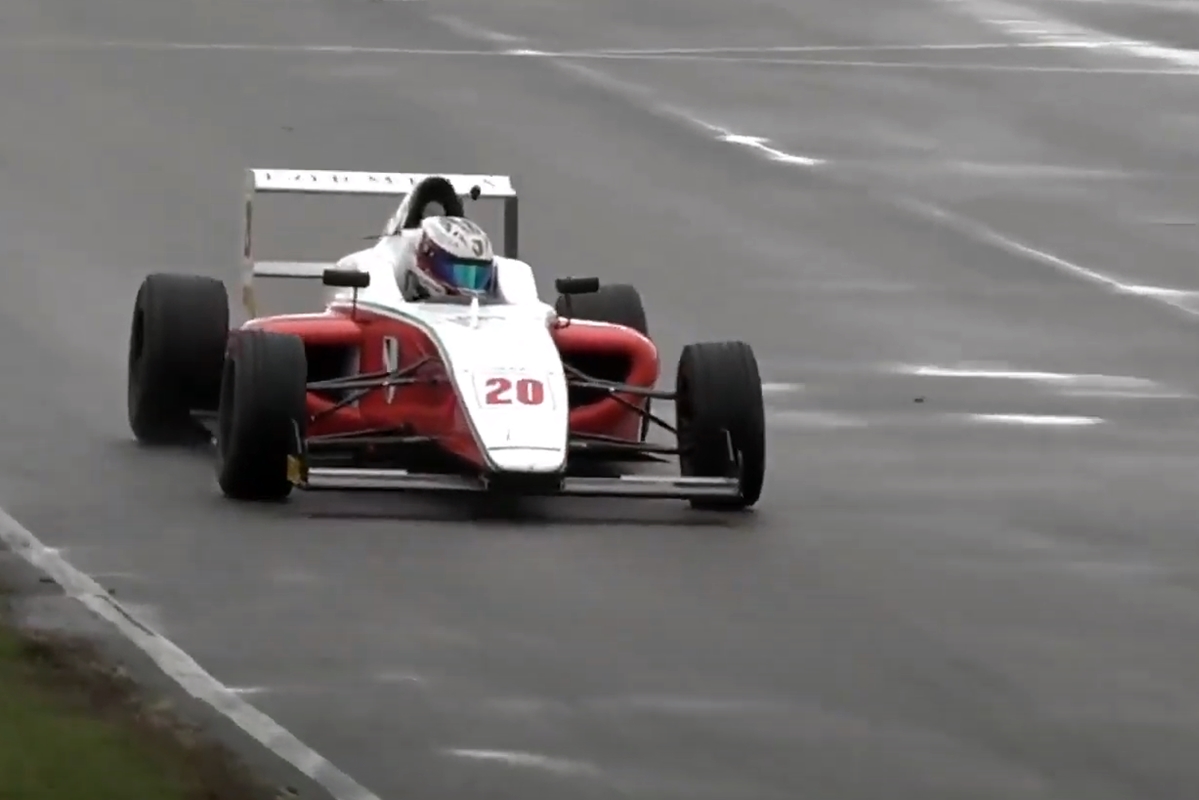 The race was held in wet and windy conditions, and Wulf took the lead with an excellent start from fourth on the grid.

This left polesitter Noda out front, only to make the same error by locking a wheel. This handed Laursen a comfortable lead over Benjamin Frislund.

Laursen took the win in the 15-minute race by just under three seconds from Frislund.

After engine issues in the second race, Formula 5 racer Mads Hoe climbed up the order to round out the podium.

Christoffer Christensen took fourth after a big accident in the second race, ahead of Wulf and Noda.

Jacob Bjerring spun on the formation lap and duly started last and finished seventh, ahead of Line Sondserskov.

Millie Hoe and Lucas Daugaard did not take the start in the final race of the weekend.