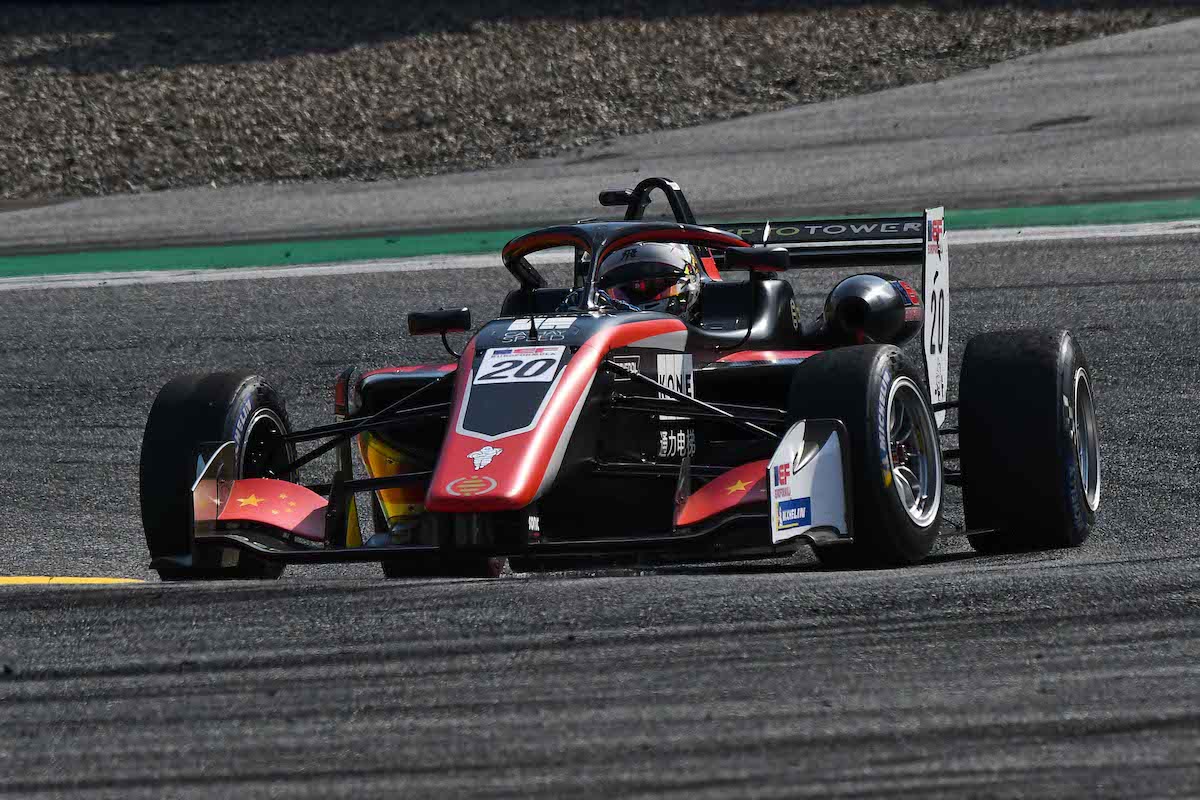 Yifei Ye dominated the first Euroformula race of the weekend at the Red Bull Ring, leading all 20 laps from pole position.

The ex-Renault junior made a great start to lead the race on the run to Turn 1 on the opening lap as misfortunate struck Carlin’s Zane Maloney once again.

Maloney picked up a rear-left puncture and was forced to pit at the end of the opening lap.

Ye built a comfortable advantage at the front of the field and beat fellow front-row starter Manuel Maldonado to the chequered flag by 8.838 seconds to take his fourth win in five races.

Motopark’s Maldonado’s second-place finish marked his maiden podium in the championship whilst Sebastian Estner returned to the podium for the first time since the season-opener in Hungary.

His brother and team-mate Andreas Estner took fourth place ahead of Maloney’s Carlin team-mate Ido Cohen – who escaped a penalty for track limits after he received a final warning.

Ayrton Simmons finished in sixth place for Double R Racing, while Dutchman Glenn van Berlo was a career-best seventh, just ahead of Niklas Krutten who was attempting to recover after stalling on the grid at the start of the race.

Ye’s team-mate Rui Andrade was ninth ahead of Shihab Al Habsi, Alexandre Bardinon – who picked up damage on the opening lap – and Maloney.