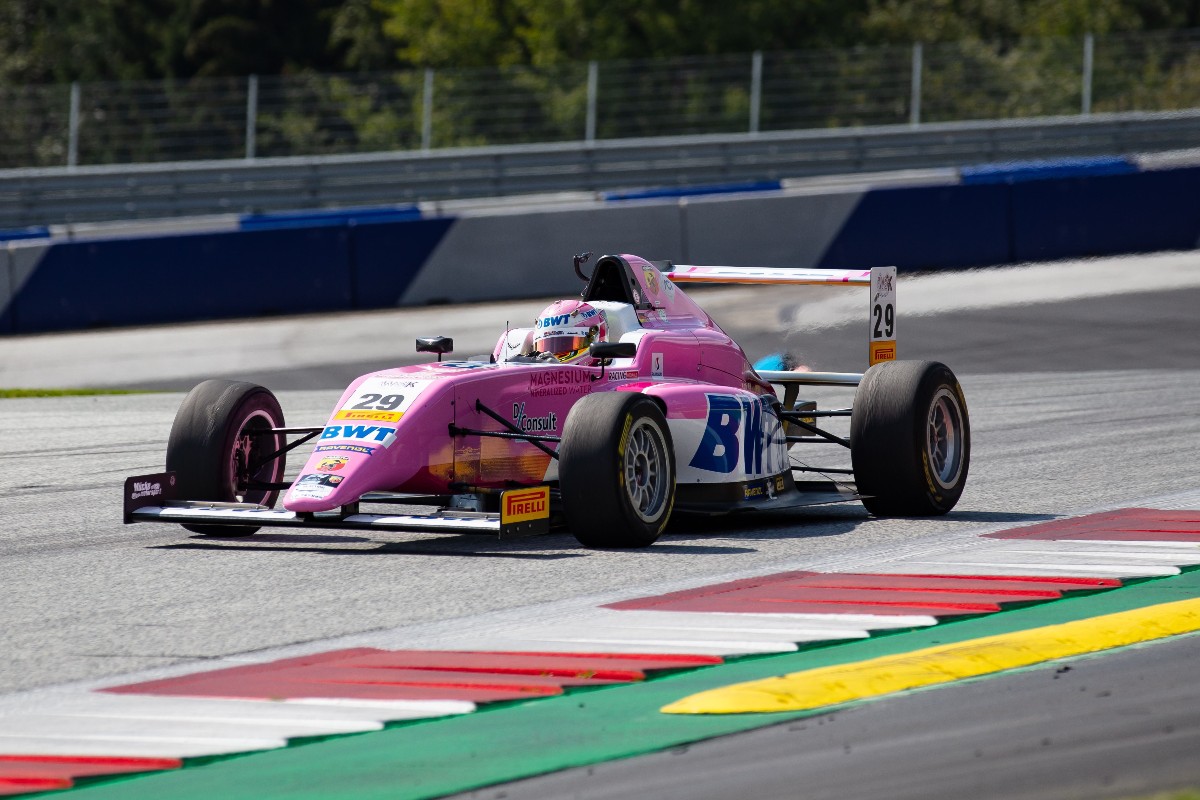 Duerksen made a great start from pole, then had to do so again on a restart on lap five after action was halted on the opening lap. At Turn 3, Dexter Patterson half-spun on the apex after clipping another car and a few seconds later there was a four-car pile-up at the corner.

Mini had held on to second behind Duerksen on both the start and the restart, while Van Amersfoort Racing’s Jonny Edgar had lead up to fourth off the line and then swapped position with his team-mate and fellow Red Bull junior Jak Crawford before the safety car was called out.

Edgar emerged in third on the restart, with US Racing’s Ollie Bearman then getting involved in the battle for the bottom podium place. This only helped Duerksen and Mini to distance themselves over the lap before the safety car was called out again due to R-ace GP’s Victor Bernier spinning and stalling at Turn 3 after being pitched into the air by Pietro Delli Guanti.

Duerksen mastered the second restart too, while Mini had to focus on defending from Edgar. The battles behind Duerksen, with Bearman pressuring Crawford and Francesco Pizzi pressuring Gabriel Bortoleto for sixth continued behind but with no change of position and allowing the leader to once again pull away.

Late in the race VAR’s Pizzi finally made his move on Prema’s Bortoleto, whose team-mate Dino Beganovic got shuffled down the order after Jesse Salmenautio found a way past.

After falling to 14th, Beganovic recovered to 12th but he was some way off Salmenautio, Delli Guanti and Prema team-mate Sebastian Montoya who rounded out the points.

Prema’s Mini now leads the points over Pizzi, with Jenzer Motorsport’s Filip Ugran still in third despite missing this weekend’s action due to travel restrictions.