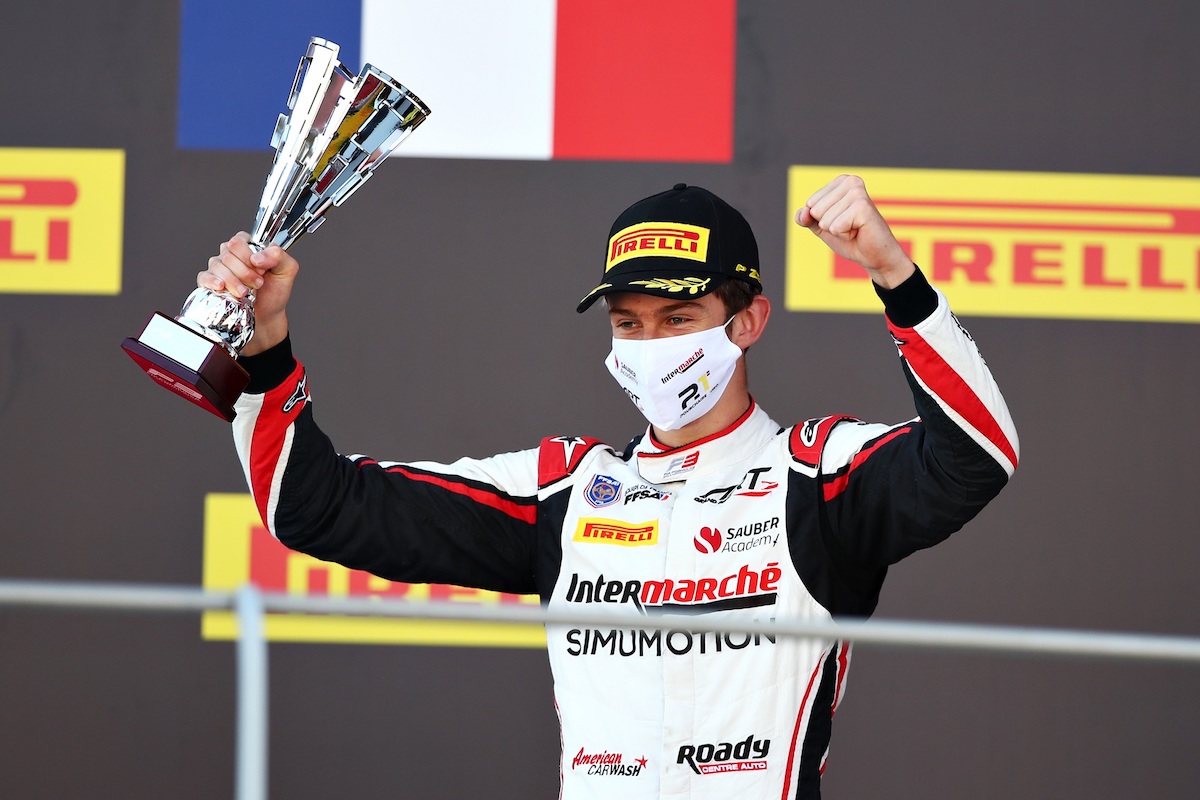 Theo Pourchaire says he is trying not to think about the championship going into the FIA Formula 3 title decider at Mugello, despite being just nine points off the lead.

Pourchaire sits third in the standings behind Prema pair Oscar Piastri and Logan Sargeant, who are level on points.

The 17-year-old climbed from seventh to third in Saturday’s race and will start from eighth in the season-ending race on Sunday. Sargeant will start from fifth, while Piastri starts 11th.

“I was a bit slower than the others at the beginning, but then at the end I was quite fast,” he said in the post-race press conference.

“I overtook Lirim [Zendeli] and to be on the podium today is really good, and for the championship as well. The only little problem is Frederik [Vesti], he won the race so now he is really close, but it will be interesting tomorrow.”

Vesti is out of championship contention by half a point, but sits 8.5 points behind Pourchaire and can overhaul him for third.

“I think I try to not think about the championship. For sure it’s super hard, but I try to do a good race, a good start and to take the best result possible.

“Then in the championship standings we are close to the others but today I was fighting with Logan, and I was pretty cool, he overtook me and then I re-overtook him. So I am not stressed about the championship, I try to think about my weekend by taking a lot of points.”

Pourchaire added that that lost points in his first race weekend at this level at the Red Bull Ring is more difficult to take given where he current lies in the standings.

“The first weekend at Red Bull Ring was super hard for me. I was discovering a new championship and coming from Formula 4 it’s a bit harder for sure. So yeah, I lost a lot of points at the Red Bull Ring and now I’m only nine points to first place in the championship.

“So, it’s a bit harder to realise that I lost almost 30 points at the Red Bull Ring but it’s like that. Now I’m fighting for the title tomorrow. We can do it. The car is really good and I am quite fast. I need to stay calm, not think too much about the championship but we can do it.”