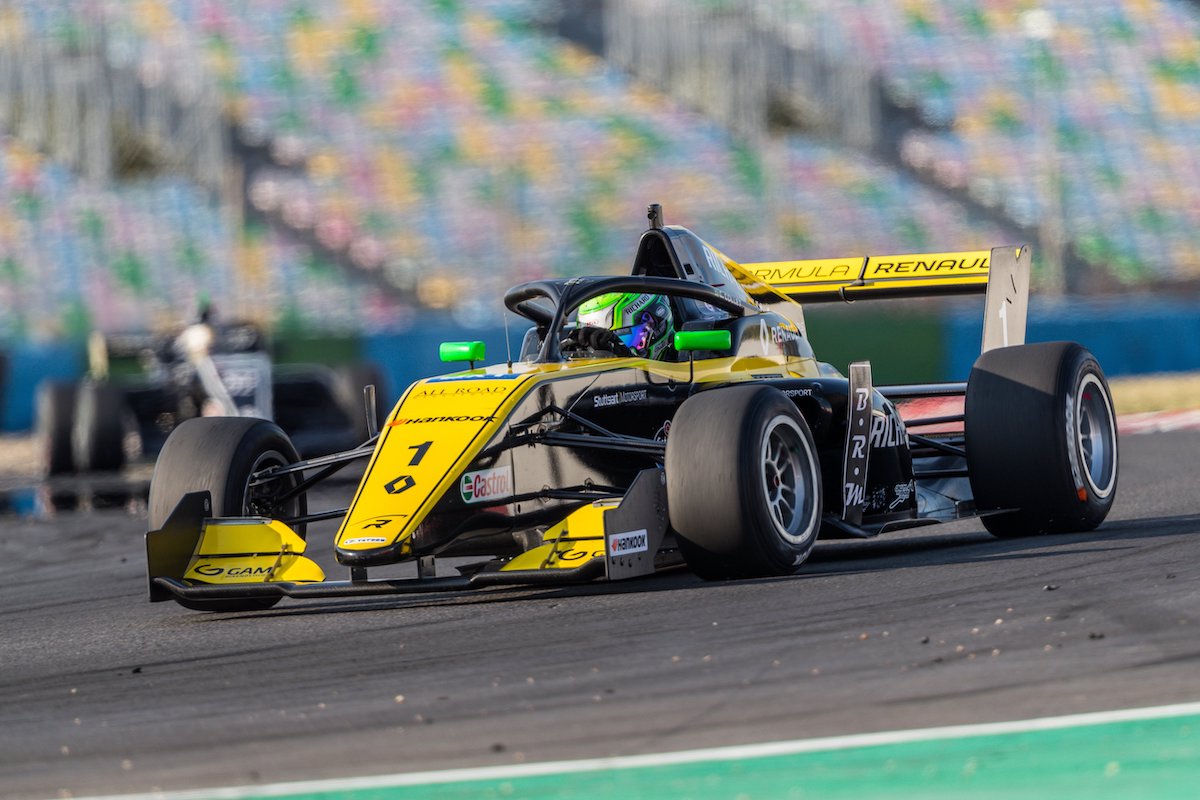 Caio Collet took pole position for race one of the Formula Renault Eurocup weekend at Magny-Cours ahead of championship rival Victor Martins.

The R-ace GP driver took control of the second qualifying session with seven minutes to go and proceeded to improve two more times at the end of the session.

ART Grand Prix’s Martins, who claimed pole for race two over Collet by just 0.007s on Friday, improved at the chequered flag to move himself up onto the front row of the grid.

He bumped JD Motorsport’s David Vidales who set his fastest lap with four minutes remaining. The Spaniard will share the second row for race one with Lorenzo Colombo for Bhaitech.

Martin’s team-mate Gregoire Saucy moved up to fifth position on his final lap after being further down the order for a lot of the session.

MP Motorsport’s Franco Colapinto, who sits fourth in the overall championship going into this weekend, qualified in eighth ahead of his team-mate Hadrien David.

Paul Aron (ART Grand Prix) rounded out the top 10 ahead of R-ace GP’s Petr Ptacek, who despite improving on his final lap missed out by 0.056s.