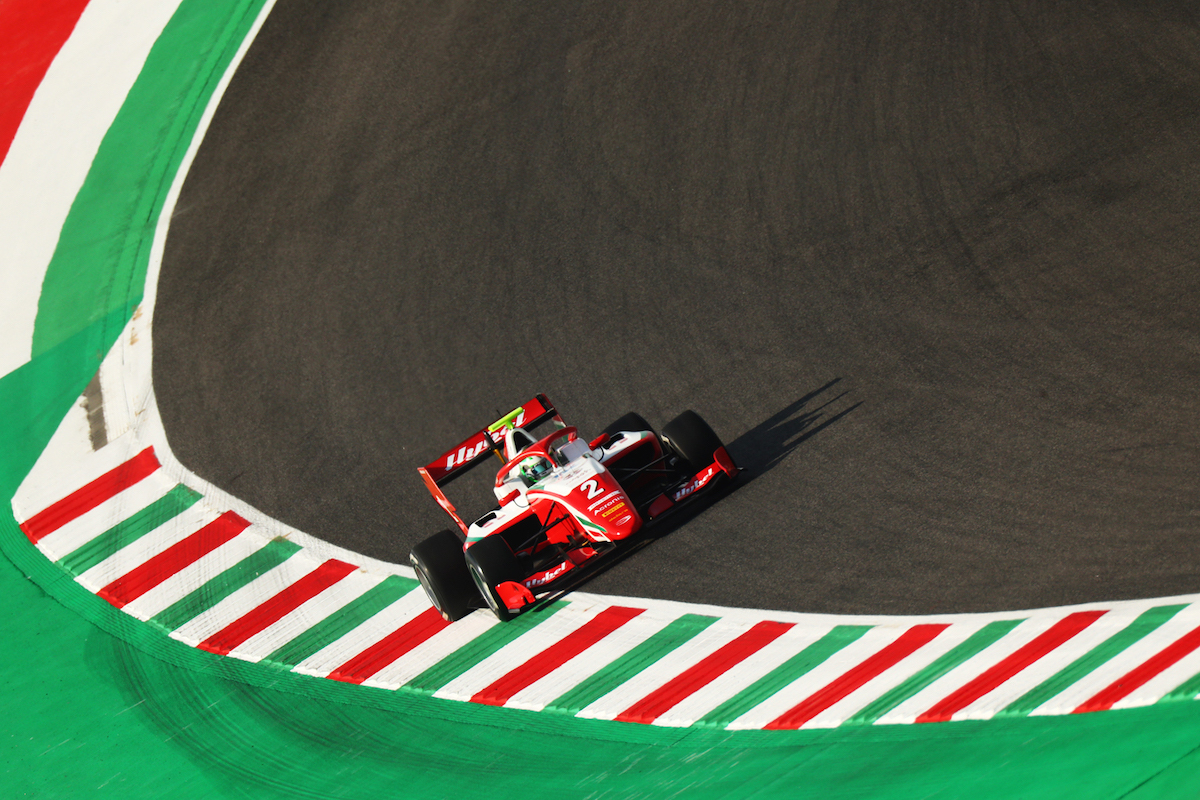 Frederik Vesti won a thrilling battle for victory in the first FIA Formula 3 race at Mugello, as Logan Sargeant drew level on points in the title fight with one race to go.

Oscar Piastri, who led the championship coming into the final race, moved forward from 16th on the grid but fell agonisingly short of points and reversed-grid pole for Sunday.

Sargeant lost out in a battle with Enzo Fittipaldi but sixth was enough for him to eradicate his eight-point deficit to Piastri, and he will start six places in front of his chief rival in the deciding race.

Vesti – twice a winner at Mugello in Formula Regional Europe in 2019 – spent the first half of the race in third place as pole-sitter Lirim Zendeli battled Jake Hughes for the lead.

While there had been fears over overtaking possibilities at Mugello, the effect of the Drag Reduction System down the long pit straight proved particularly strong, helping the lead to change hands numerous times.

Hughes first attacked Zendeli at the start of lap five, with the pair making contact as Trident driver Zendeli remained ahead.

Two laps later, HWA’s Hughes went all the way around the outside of the San Donato opening turn to claim the lead, only for Zendeli to snatch it back immediately with seemingly superior top speed down the straight.

Hughes took the lead once more on lap 13 of 21, when Vesti joined the battle and soon claimed second when Zendeli dropped out of DRS range of Hughes.

Vesti took the lead from Hughes on lap 17, with Hughes fighting back a lap later down the outside but running too deep in San Donato. Hughes did take the lead back on lap 20, but Vesti surged past going onto the final tour to seal his second Saturday win in a week and his third of the season.

Despite his win and Piastri’s non-score, Vesti drops out of championship contention with a 17.5-point deficit and a maximum of 17 points available on Sunday.

Pourchaire came from seventh on the grid to finish third and keep his hopes alive.

He was already up to fourth at the start of lap two when he overtook Sargeant into the first corner, and while Sargeant did take the place back on lap seven, Pourchaire fought back two laps later and went on to take third from a struggling Zendeli on the final lap of the race.

Sargeant had passed Enzo Fittipaldi at the start to move into fourth, but after his battle with Pourchaire, he twice dropped wheels into the gravel in the middle of the race, putting him back into the clutches of the HWA driver.

Alexander Smolyar battled past ART team-mate Sebastian Fernandez for seventh, with David Beckmann also finding a way past Fernandez before the end to take eighth.

Liam Lawson took the final point in 10th and reversed-grid pole for Sunday, with Piastri crucially struggling to close on the Hitech driver in the closing laps after making five separate overtakes in his bid for points.