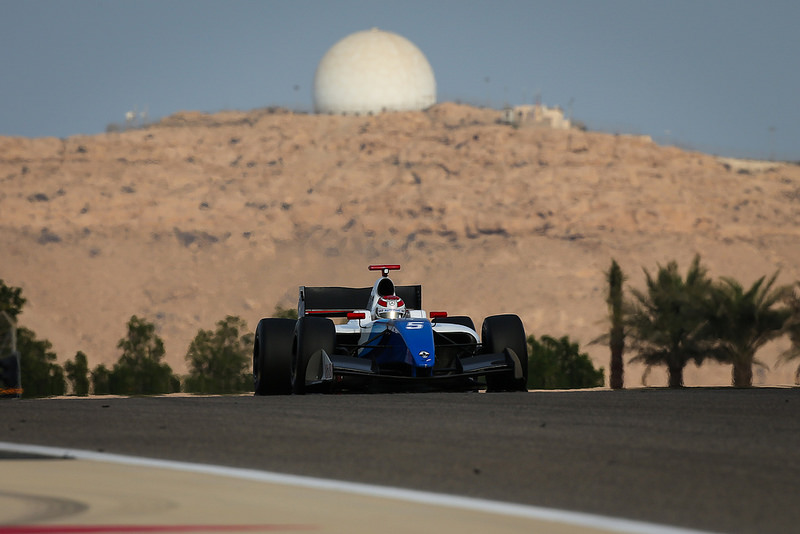 Piquet topped the the Monday afternoon and Wednesday morning sessions for SMP Racing by AV Formula, with the former being rather impressive having flown to Bahrain straight from Macau, where he finished sixth in the Grand Prix.

“I had some experience with similar cars, but this was absolutely on another level,” said Piquet.

“The car is really good, it has amazing brakes and a lot of power compared to Formula 3. In high-speed corners, it is pretty similar, while in the low-speed it’s really heavy. I enjoyed this experience even if I was coming straight from Macau. With the flight and jet-lag, the preparation was not 100%, but this didn’t prevent us from being on top at the end.”

Force India development driver Jehan Daruvala, who made the same trip from Macau in time for Wednesday’s running, was second fastest, over four tenths behind Piquet. Daruvala drove for Fortec, the team he stepped up to single-seaters with in 2015.

He was joined at Fortec by Yan Leon Shlom and Rinus VeeKay, with Shlom going third fastest overall, three quarters of a second slower than Piquet’s best time. VeeKay won one of the MRF Challenge races at the circuit in the weekend prior, and the USF2000 runner-up also tested LMP2 machinery before his run in the FV8 car.

Continuing on from his impressive debut, Chaves was fourth fastest for AV Formula, ahead of Euroformula Open champion Harrison Scott.

Scott was joined at RP Motorsport by EF Open team-mate Alex Karkosik and Tatiana Calderon, who also made her series debut last weekend.