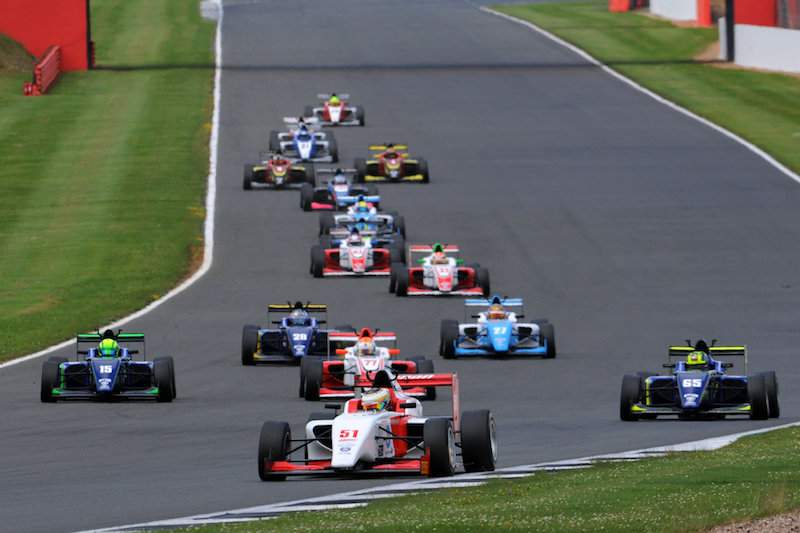 The BRDC British Formula 3 Championship will race the full Formula 1 circuit at Silverstone twice next year.

The series will again support the British GT Championship for seven rounds, including rounds at Silverstone and Spa-Francorchamps, and?will then conclude with a stand-alone second visit to the home of the British Grand Prix in October.

In the previous two seasons the additional eighth round came in the form of a second visit to Snetterton, as round one in 2016 and as round seven in 2017.

Unlike Oulton Park, Snetterton, Brands Hatch and now Donington Park, Silverstone is not part of the MotorSport Vision group of series organiser Jonathan Palmer, but it is home to the British Racing Drivers’ Club that gives its name to the championship.

“Having completed two superb seasons of the revived BRDC British F3 Championship we?re excited to unveil our third calendar, which features some of Europe?s foremost circuits and the addition of a second visit to the full Silverstone Grand Prix circuit,” Palmer said.

“We?ve produced two outstanding champions so far in Matheus Leist, who will compete in IndyCar next year, and Enaam Ahmed, who?s nominated for the McLaren Autosport Award next month, and look forward to that trend continuing in 2018.”

The first driver for the 2018 season has been announced, with Lanan Racing signing car racing newcomer Joshua Mason to a two-year deal.

Mason won’t reach the championship’s minimum age of 16 until two weeks before the first round of the 2018 season, and only began karting last year, finishing sixth in the Buckmore Park Club Championship and seventh in the Trent Valley Kart Club Championship.

He has tested F4-specification machinery and the BRDC British F3 car, and joins a Lanan team that won five times in 2016 and twice in 2017 with Toby Sowery.