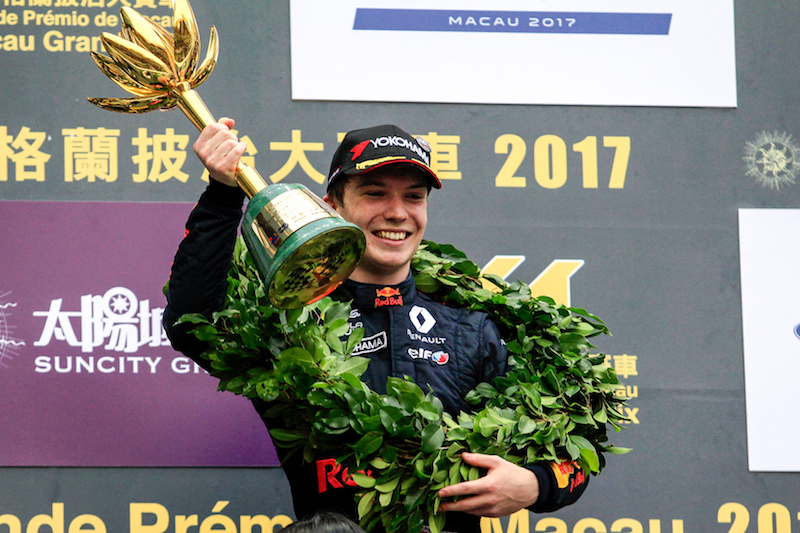 The dramatic ending to this year’s Macau Grand Prix produced a winner who was not the star of the race in the eyes of the public.

That particular honour instead went to Ferdinand Habsburg, who captured the imagination with his last lap bid for victory that ended in the wall on the exit of the final corner.

Habsburg deserves credit not only for the win-or-bust style in which he tried to claim junior single-seater racing’s most prestigious trophy, but also for the phenomenal progress he demonstrated by getting into a position to win in the first place.

It was not a scenario many could have envisaged at the start of the season, but Habsburg grew in confidence, speed and stature as the European campaign went on, and his strong form throughout the Macau weekend proved this progress was genuine.

Sergio Sette Camara also came painstakingly close to a win that, like Habsburg, would have propelled him to elite status among the world’s junior single-seater talents.

He came close last year, denied only by two veterans. This time, after a year out of Formula 3, he recovered well from his two qualifying crashes and looked to have victory sewn up, only to burn up his tyres before the end.

The way in which Habsburg and Sette Camara’s meetings with the barriers presented Ticktum with victory led some to dismiss his win as lucky.

Of course, some good fortune was involved, but he also earned it with a superb performance that confirmed him as a serious prospect. 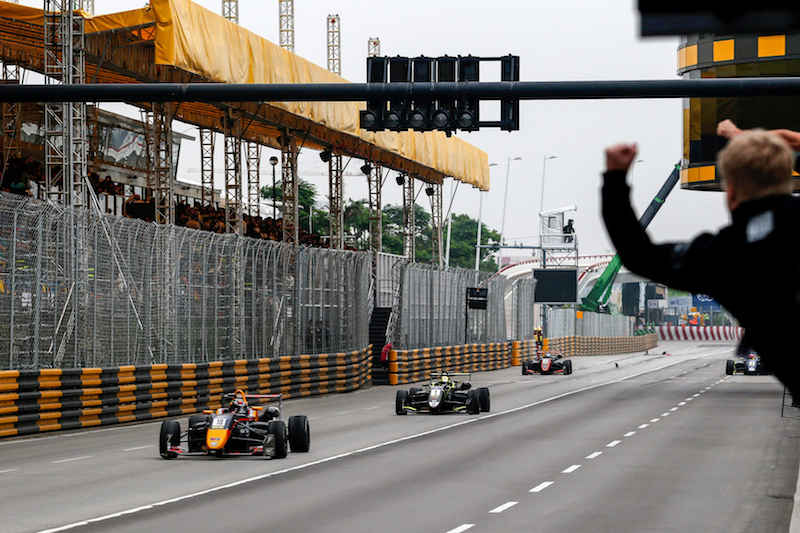 It’s not surprising that some would want to dismiss his achievement, or prefer to shine a light on somebody else. Ticktum divides opinion. Many would have been uneasy with the way in which he turned up and won F3’s biggest race.

But the way in which he won it shows just how good he is.

In only his third F3 event, and his first for a year, he was rapid from the off, up there with Motopark team-mates Joel Eriksson and Sergio Sette Camara for a lot of Thursday and Friday’s practice and qualifying running.

In the decisive second qualifying session, red flags denied Ticktum laps that he believed were good enough for the front row, leaving him disappointed with sixth. He was among the frontrunners for much of the qualification race, but suffered massive tyre wear late on that relegated him to eighth in the closing laps.

This fact is behind one of the most impressive aspects of Ticktum’s performance. He worked with Motopark to understand the issue and ensure that his tyres would last the longer distance of the Grand Prix. It proved to be a critical factor in his victory given how much tyre wear hurt other frontrunners late on.

Ticktum started the final race alongside Lando Norris on the fourth row, and followed his fellow Briton until the penultimate lap, when he used a double tow from Norris and Maximilian Gunther to pass both with a brave and skilful move, braking later than his rivals and sweeping in front of them into Lisboa.

It was only for third at the time, but the move effectively won him the race, and showed that he had earned the win – or at least the right to be first in line when the two ahead fell off. To do it, he had to beat the pre-event favourite and one of the highest-rated young drivers on the brakes. 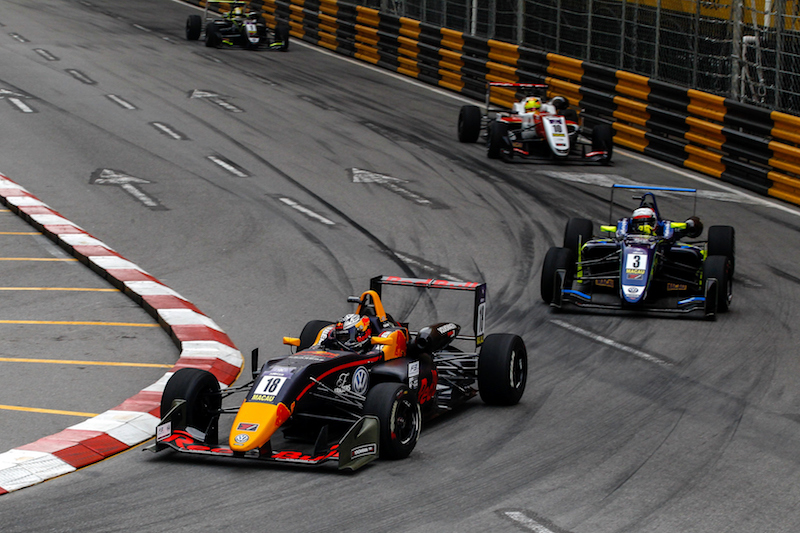 It brought back some positive memories of 2015, when Ticktum took on Norris in British Formula 4, or MSA Formula as it was known then, and often showed more speed and flair than his more consistent rival, despite a less thorough pre-season test programme in the new car.

Then came the moment of madness that threatened to ruin all of that, when he overtook other cars and crashed into a rival under a safety car period at Silverstone. It was inexcusable, and some wanted him banned for life.

Others preferred to see him serve the one-year ban from competition and then return to prove himself once more. Yet despite his strong showing at Macau 12 months ago, the full backing of Red Bull that followed was something of a surprise, almost more so because he had been wearing the brand’s logos on his helmet when he committed his crime.

Helmut Marko though, for all the criticism he attracts, is not afraid to take a punt. In the Far East’s gambling capital, it paid off big time.

Ticktum had already shown promising signs this season. His Formula Renault Eurocup campaign has not been easy, but he made good progress over the first half of the year with the Arden team that he has single-handedly led in its debut season, going from qualifying on the fringes of the top 10 to racing consistently inside the top five, as well as being as good as anybody in mixed conditions.

His form dropped away again over the final couple of rounds, but this coincided with his first appearances in GP3, where he has looked very good, and was clearly best of the rest behind the ART drivers on his second round at Jerez.

Now he needs to follow up on his unexpected Macau success with consistently strong performances over a season (a full F3 campaign with Motopark has been expected) and keep himself out of trouble.

This includes keeping his attitude in check. He speaks with a confidence that can come across as arrogance, which isn’t a popular trait. It’s a good sign if he’s to make it to the top however, compared to if he was lacking in self belief.? If he can use his confidence positively to make more successful and bold moves like the one that won him Macau, he’ll thrive.

He has shown plenty of positive character traits too, whether it’s remorse for his previous actions or his gratefulness for the opportunities he has been afforded since, like Red Bull’s support or the prestige of being a finalist for the McLaren Autosport BRDC Award. His tributes to Macau organiser Barry Bland and motorcycle racer Daniel Hegarty showed class, too.

Some will always want Ticktum to fail, but while it doesn’t erase his previous grave error from the history books, this triumph has shown that he is a special talent. You could even argue that it’s to motorsport’s benefit that he is allowed this second chance, rather than losing his ability forever. 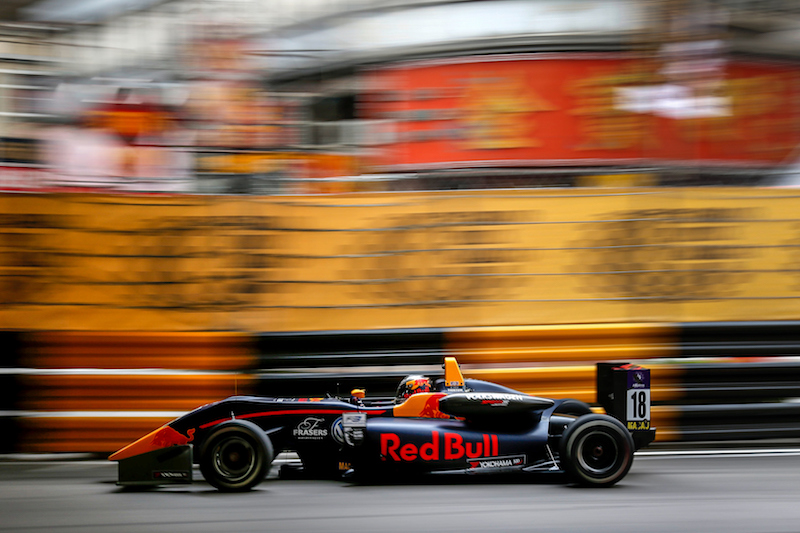