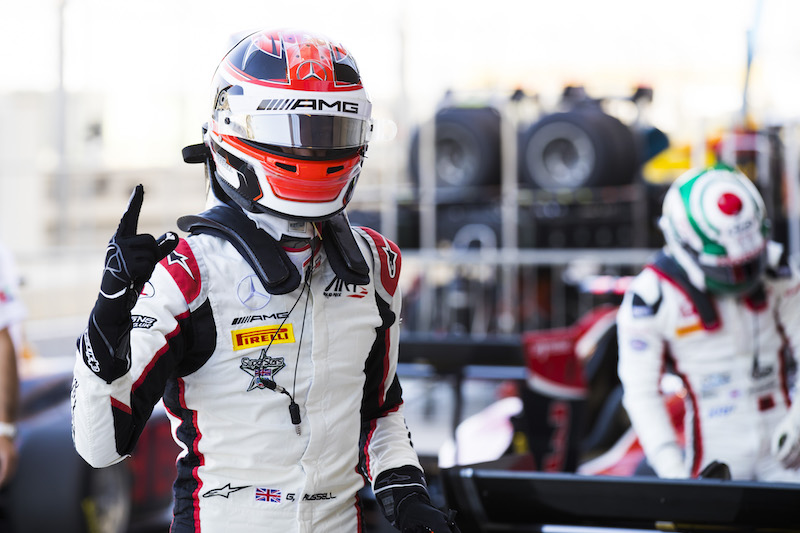 GP3 champion George Russell saw off an unlikely Arden challenge to take pole for the final round in Abu Dhabi and complete ART Grand Prix’s utter domination of qualifying in 2017.

Russell, who took part in Formula 1 practice for Force India just prior to the qualifying session, sat in second place after the first runs just behind Macau Grand Prix hero Dan Ticktum.

With three minutes of the session remaining, Arjun Maini and Leonardo Pulcini briefly held top spot before Russell went fastest of all.

Ticktum then missed out on his fellow Briton’s time by just eight thousandths of a second.

With the chequered flag out, Niko Kari hit top spot only to be bettered by Arden team-mate Pulcini, who has not finished in the points since his second place in his debut race in Barcelona.

Kari, on his last appearance with the Red Bull Junior Team, will start third alongside Ticktum, who could not improve on his final effort.

Maini ended up fifth ahead of Nirei Fukuzumi, whose chances of grabbing the championship runner-up position from Jack Aitken took a boost with the Briton languishing down in 15th place.