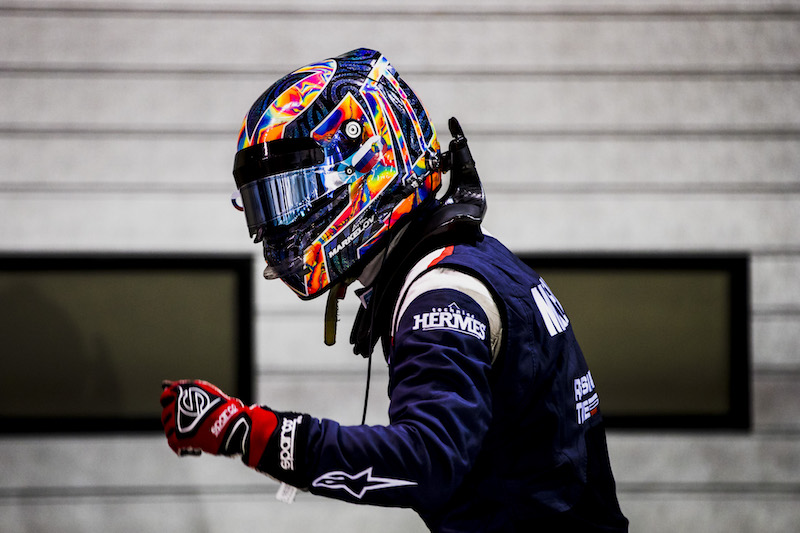 Artem Markelov scored his maiden pole position at Formula 2 level in Abu Dhabi in what may be his final event in the series.

Markelov, driving for the Russian Time team that is also set to bow out this weekend, dominated the session after going nearly half a second faster than closest competitor Norman Nato on his first run.

ART Grand Prix and DAMS left their first runs until the middle part of the session, with the former’s Alex Albon and Nobuharu Matsushita slotting into second and third place, although Markelov still retained an advantage of 0.238 seconds.

Russian Time’s first pole since Sam Bird’s effort in 2013 in its rookie season and the four bonus points that come with it brings it level with DAMS for second place in the ultra-tight battle for the teams’ title, just two points behind Prema.

Racing Engineering’s Nyck de Vries, who is tipped for a seat at Prema next season, went from ninth to second on the seconds runs, 0.206s behind Markelov.

Antonio Fuoco lapped faster than his Prema team-mate Charles Leclerc for the first time in an F2 qualifying session to claim third place, with champion Leclerc ending up sixth behind Oliver Rowland and Norman Nato having struggled to get comfortable around the Yas Marina Circuit.

Albon’s car came to a halt after he hit second place with 10 minutes remaining, and he fell to 10th, behind Luca Ghiotto, Matsushita and Sergio Sette Camara.

Ex-Formula 1 driver Roberto Merhi was 19th on his return with Rapax after skipping Jerez, faster only than Nabil Jeffri.