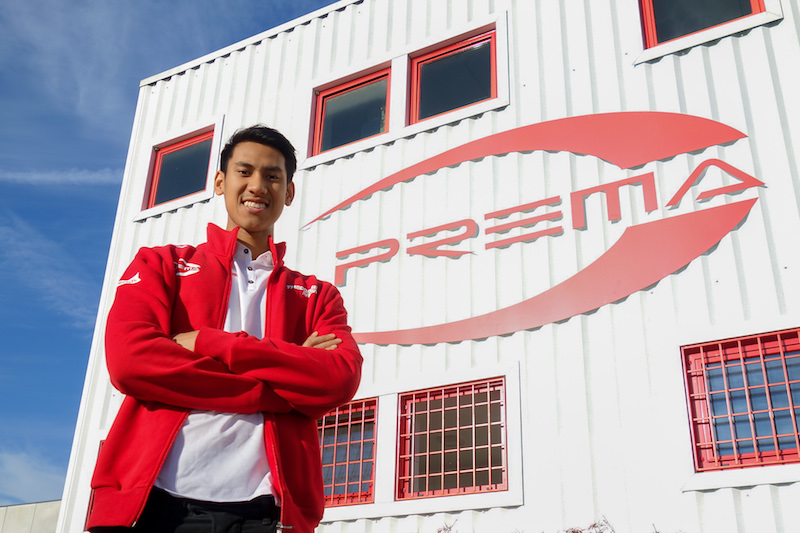 Sean Gelael has secured a drive with top team Prema in next year’s Formula 2 championship.

The 21-year-old Indonesian will be entering his third full season in the category previously known as GP2, having made his debut in the middle of 2015 with Carlin before stints with Campos and Arden.

Ahead of the final round in Abu Dhabi this coming weekend, he is currently 15th in the 2017 standings – the same position he achieved last year.

His team-mate has yet to be named, but it is expected that the other seat will be supported financially by Gelael’s backers, as was the case with Mitch Evans and Norman Nato respectively in the past two seasons, with both Nyck de Vries and Oliver Rowland linked to the role.

Team boss Rene Rosin, whose outfit has run Pierre Gasly and Charles Leclerc to the last two drivers’ titles, believes Gelael’s experience at that level will be valuable next season when F2 introduces a new car.

“With his multifaceted experience, he will definitely be a key resource for the 2018 Formula 2 season as we will need to adapt to a brand-new car,” said Rosin.

“In our first year in the series, we decided to field a mix of an experienced driver and a rookie, while this season we went for an all-rookie program. In both cases, the results proved us right.

“For next year though, there will be a new factor in play and we will rely on experience to speed-up the development of the 2018 Dallara.

“Having raced and adapted himself to such diverse environments in the past, I’m sure that Sean will be able to meet his expectations and contribute to more success for the team.”

Gelael added: “Driving for such a successful team, so rich in history, is a great opportunity for every driver. Hopefully we will be able to build something important together with the team.

“We will go for a strong start at the Abu Dhabi post season tests to build the momentum. Everything will be new next year, a new car and challenge.

“I’m excited to take the next step for my third year in Formula 2 and hopefully we can achieve some good results.”