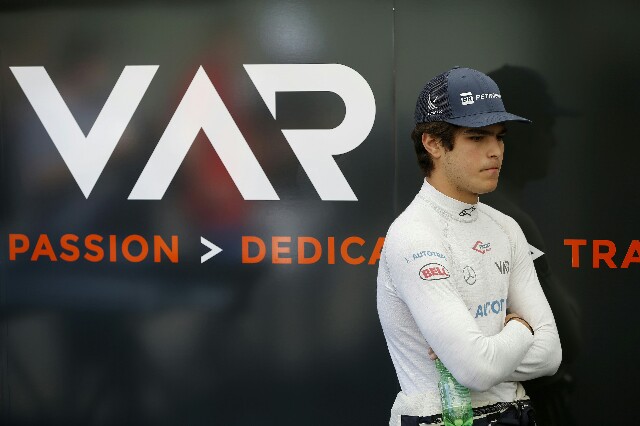 Pedro Piquet will continue with Van Amersfoort Racing for a second season in the FIA Formula 3 European Championship this year.

Piquet, the son of three-time Formula 1 champion Nelson, finished 19th in the standings in his rookie campaign last year (following two consecutive F3 titles in his native Brazil) with a best finish of sixth at Spa.

?It is a pleasure to continue working with Pedro,” said team boss Frits van Amersfoort.

“He has developed his speed and skills continuously during the season.

“With a full season of experience in the bag I am confident that Pedro will be able to stand out this season.”

Piquet said: ?From the first moment, the team gave me a true family feeling.

“I adapted to my new life in Europe very quickly. I can focus on racing with 100 percent.

“After my first full season I now have experience and know the tracks.

“Together with Van Amersfoort Racing it is my ambition to be a regular front runner in FIA European Formula 3.”

Harrison Newey is also expected to remain with the team, while Kami Laliberte has been preparing for a step up from Formula 4 with the Dutch squad, in which his father Guy has invested.

ADAC F4 champion and MRF Challenge leader Joey Mawson’s hopes of moving up to F3 with the team appeared to take a hit when the FIA recently confirmed entrants would remain limited to a maximum four cars this year.