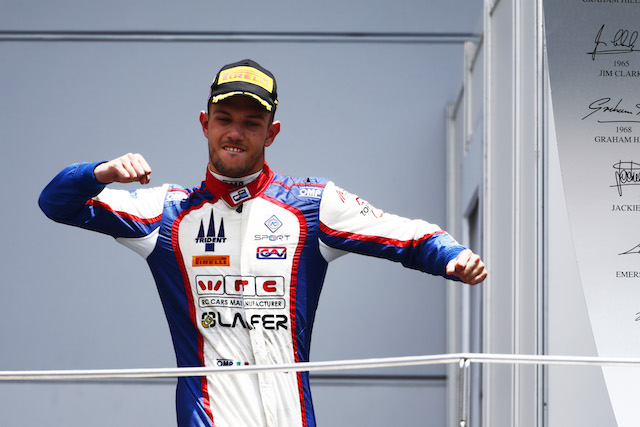 Luca Ghiotto has secured a Russian Time seat for his second season in GP2,?partnering Artem Markelov.

After finishing runner-up to Esteban Ocon in the 2015 GP3 title race, Ghiotto came?eighth in the standings in his rookie GP2 campaign with Trident, taking a first victory in the Sepang sprint race following three other podiums.

He initially appeared on course?to a switch to Arden for 2017 alongside Sean Gelael, but that seat eventually went to Norman Nato, and when Jordan King was linked to the Russian Time vacancy, Ghiotto’s future seemed in doubt due to budget constraints.

However, with King announcing?a deal with MP Motorsport on Tuesday, Ghiotto has signed to replace compatriot Raffaele Marciello.

“Let me firstly thank all at Russian Time?for the great opportunity they have?offered me,” he said.

“Having crossed their cars a few times in 2016, I know how good they are.

“I think we have great potential to develop together.”

Markelov last year took his first victory in Monaco and finished 10th in the standings.

“I?m looking forward to doing even better in 2017 and challenging for more wins and hopefully becoming a consistent frontrunner,” the Russian driver said.