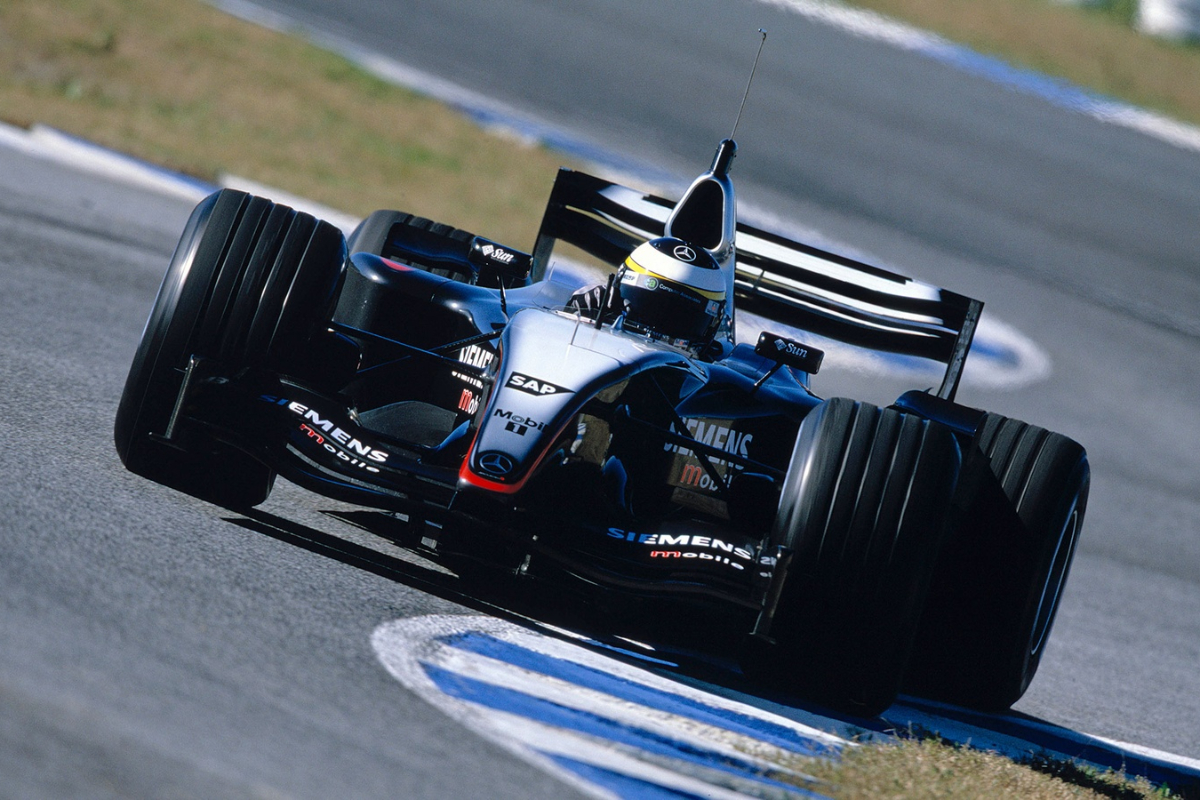 A starring F1 debut of 1999 isn’t what Pedro de la Rosa is remembered for, and most of his motorsport impact was made in private tests. But his contributions should be celebrated as he reaches his half-century

However hard it is to reach Formula 1, it’s even harder to remain there and almost impossible to get a second chance if you’re dumped out of the championship after your first. So to be driving Formula 1 cars as your job for 16 years straight not only requires you to be a brilliant talent behind the wheel but also a politically adept animal when hundreds want your position.

While Pedro de la Rosa only completed four seasons racing at the top echelon, they were spread over 14 years and the two occasions where he was pursuing a full-time drive but missed out were in cars that ended up arguably being the best of their respective years. There wasn’t much pursuing of paddock moves because for a long time de la Rosa was a McLaren man.

The 2003 season in which de la Rosa joined McLaren ended up being his most important, as he got his hands on the manufacturer’s new MP4-18 after it had proven troublesome for the regular racing drivers. The car was no kinder to de la Rosa – he’s had his fair share of (sometimes very scary) testing crashes in his career that were never publicised – but his time in the troublesome MP4-18 earned him respect at McLaren and more laps in the car, which in turn earned him even more laps.

De la Rosa’s presence increased, going on to spend the same amount of days on track over the coming seasons in testing as drivers would at grands prix. In 2005, he got a surprise call-up to replace the injured Juan Pablo Montoya for the Bahrain Grand Prix. He outqualified team-mate Kimi Raikkonen in eighth, then set the lap record on the way to fifth.

When Montoya left the team mid-season in 2006 he was called up again, now on a race-by-race basis. Why? Ron Dennis wasn’t going to rule out promoting GP2 champion-elect Lewis Hamilton early – or several higher profile names than de la Rosa’s gunning for the seat – if he could. 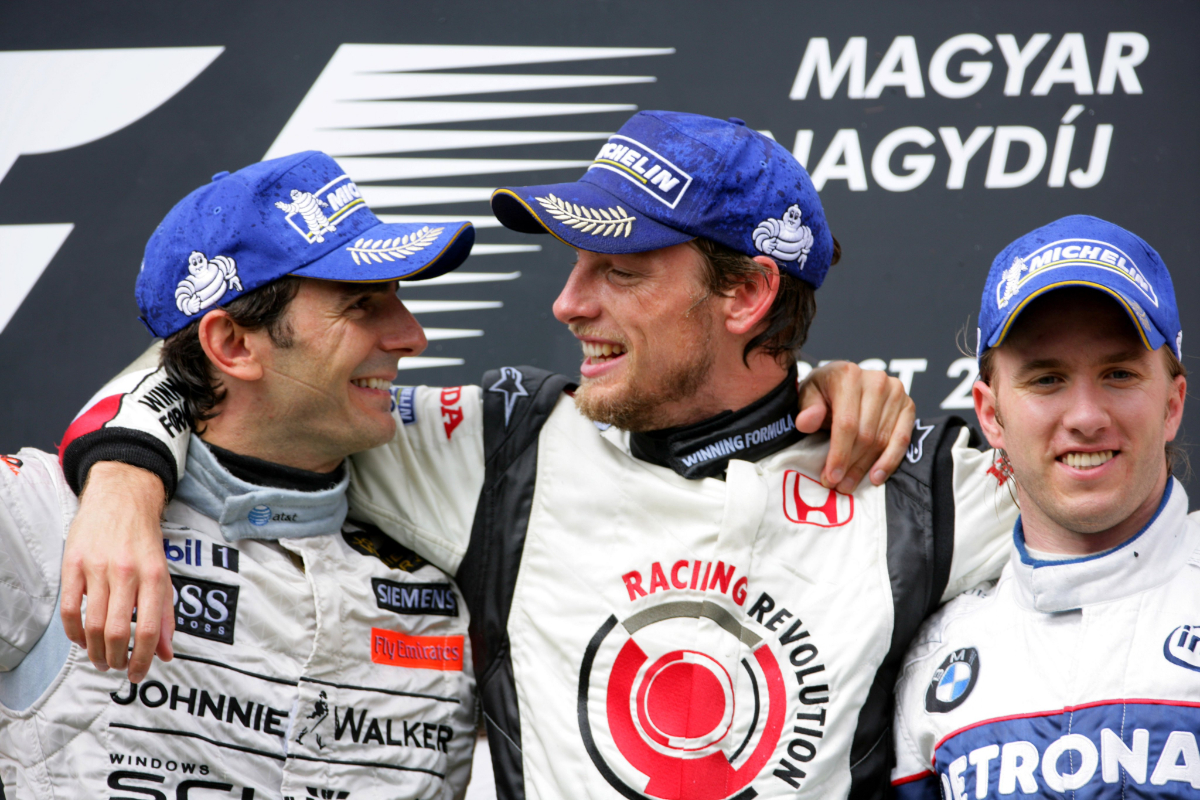 But de la Rosa had treated “each test session like a grand prix” in his days running alone, so wasn’t out of place on his racing return. In the famously wet and tricky Hungarian Grand Prix he started a career-best fourth and claimed his first podium in second place. Five points finishes from eight races put him 11th in the standings in a car he had developed.

It was the testing rather than the racing where de la Rosa’s 2007 chances came undone though, as the rapid progression of Hamilton in his early running meant he got a drive and de la Rosa was reserve driver status again for the next three years.

Hamilton is one of only four drivers in the 21st century to have finished their first F1 race higher than the sixth place de la Rosa achieved for Arrows in the 1999 Australian Grand Prix. Kevin Magnussen and Hamilton both made the podium for McLaren at the same race, while Sauber’s Felipe Nasr came fifth in 2015 and Mark Webber did the same at Minardi in 2002.

Sauber was de la Rosa’s first post-McLaren location after it was saved on the eve of the 2010 season by company founder Peter Sauber, at a time when in-season testing was banned and the schedule before and after the season was cut too.

While advertising his services had got him a seat, it wasn’t to last as the 39-year-old couldn’t match team-mate Kamui Kobayashi and was dropped mid-season. He swapped roles with his replacement Nick Heidfeld to become Pirelli’s chief test driver, then McLaren and Sauber beckoned again a year later, as a test driver for one and then in a race seat when Sauber drafted him in on the Friday of the Canadian Grand Prix. He adapted well in tricky conditions to finish 12th.

The racing bug remained, and a few months later he brought Dennis’s ire – possibly even more than his involvement in the infamous ‘Spygate’ scandal that got McLaren disqualified from the 2007 F1 world championship – by joining backmarker HRT.

De la Rosa’s two-year deal with the Spanish minnow only lasted one after the team folded, preventing the opportunity to then take over the reins of the outfit. 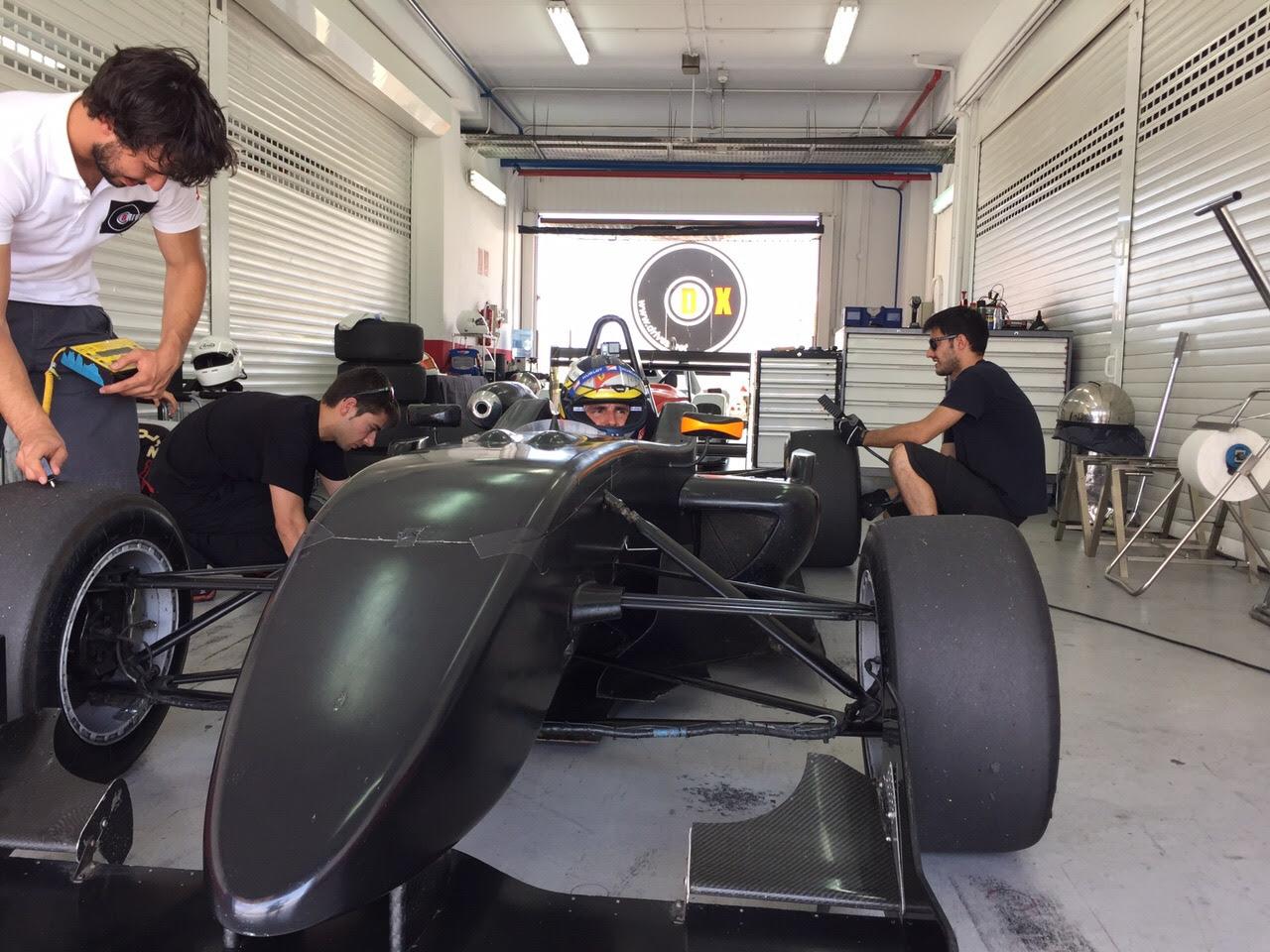 He already had some experience in running a Spanish squad, having co-founded alongside Miguel Angel de Castro the Drivex School operation that went on to become a top Euroformula and Spanish Formula 4 team. A decade after that, reuniting with ex-McLaren man Fernando Alonso at Ferrari after his fellow Spaniard recommended his services as test driver was instrumental in the establishing of FA Racing and helped the careers of 2019 Spanish F4 champion Franco Colapinto and 2020’s junior single-seater rookie sensation David Vidales.

Every few years de la Rosa jumps into one of Drivex’s Euroformula cars to test himself against the young drivers, many who are in Formula 3-level competition at the same age as he was first trying out karts. As the result of having a father reluctant to allow his racing ambitions due to the dangers of it, de la Rosa spent his youth racing remote control cars – just like Hamilton.

It was perhaps no surprise he became one of the most esteemed test drivers in F1 history then given he had a masterful understanding of the set-up precision required when changing dampers, rollbars and suspension as a young lad.

He was eventually allowed in karts, and it really wasn’t long after that he was in cars too. He debuted in Spanish Formula Fiat aged 18 and won the title, and following it up with the Spanish Formula Ford crown at the Racing for Spain team.

His country’s new Formula Renault series was a harder one to crack with its slings and wings, and the presence of Britain’s Manor Motorsport team to compete against, but he moved abroad for his second season in the category and won the FR2.0 United Kingdom title as well as becoming ‘champion’ of the three-round FR2.0 Eurocup.

In 1993 he stepped up to British F3 with West Surrey Racing, and after two years of drying results and funds made his way to Japan. This not only saved de la Rosa’s F1 hopes, but also taught him more of the skills that would make him one of racing’s most valuable test drivers. 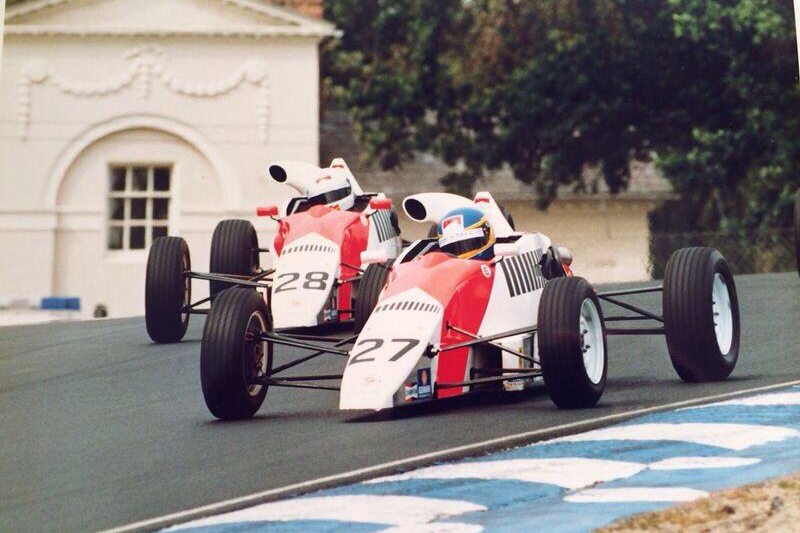 With TOM’S he was Japanese F3 champion and third in the Macau Grand Prix in 1995, and the famous team promoted him to a Super GT seat knowing his car development credentials from its adapted F3 machine.

De la Rosa doubled up in Super Formula, and everything went to plan in 1997 as he won Super GT with TOM’S and dominated SF with six wins from 10 races to become champion there too with Team Nova.

His time in those paddocks is remembered for his tireless set-up work and use of in-car data analysis that was new to Japanese racing at the time, and the success brought him back to Europe as test driver for Jordan. He wasn’t able to get himself into the race-winning 1999 car to make his F1 debut, instead racing for a directionless Arrows and then a directionless Jaguar before joining McLaren.

In total there were 104 race starts for de la Rosa in F1, meaning he had a longer career than Montoya and many of the iconic names of the past and present.

One omission from his post-F1 CV is an appearance in Formula E, but he did get to test for Team Aguri and would no doubt have fitted into the series expertly.

Aguri was taken over by Chinese investment a few years later and became the DS-partnered Techeetah team that heads into this weekend’s season opener in Saudi Arabia as title favourite after running Jean-Eric Vergne and then Antonio Felix da Costa to the crown over the past three seasons. 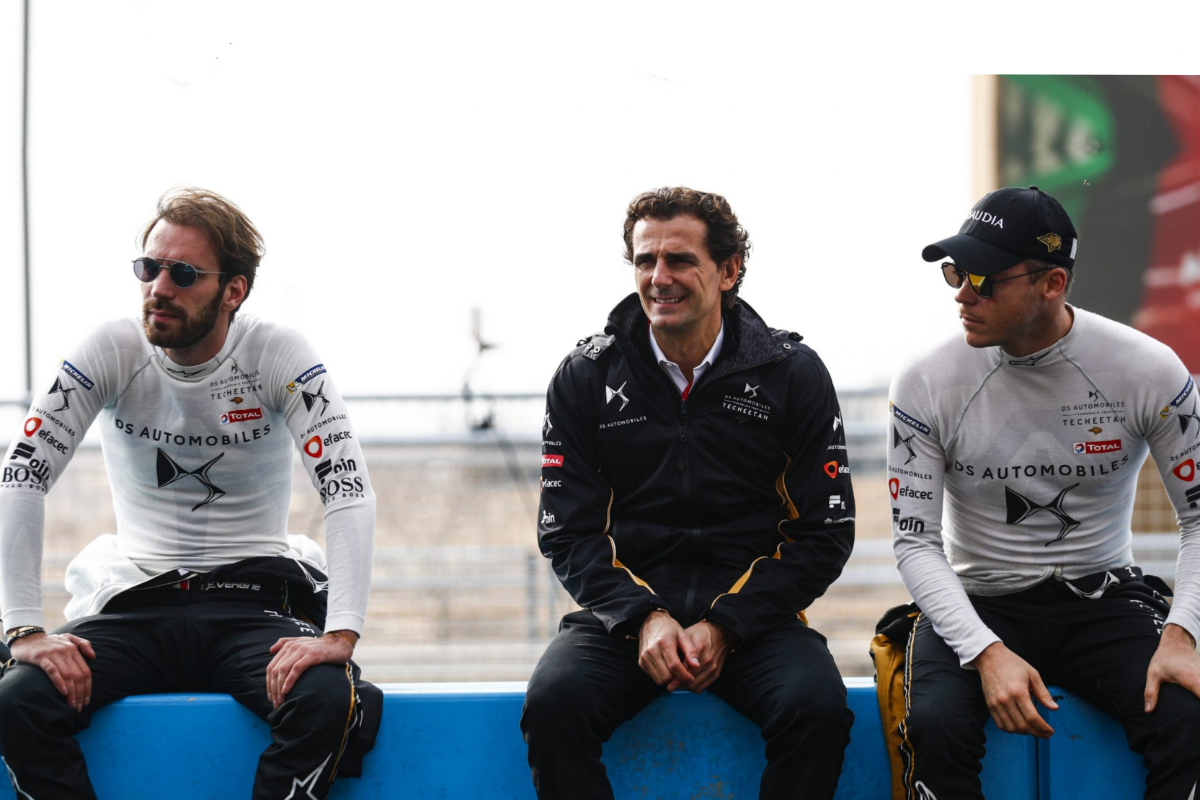 Two of those titles can have some of the credit attributed to de la Rosa, who joined midway through the 2017-18 season as an on-track sporting and technical advisor. His analytical style helped Vergne and team-mate Andre Lotterer get the most out of Techeetah’s customer Renault package and the result was a first crown for Vergne.

The next season heralded the second generation FE car and the DS alliance, and the team was even more efficient with de la Rosa looking for marginal gains in the data at each round and Vergne taking his second title.

The 2019-20 season promised even more for de la Rosa, but with F1 commentary, a passion for cycling and a family to also devote time to it meant there would be no room in his diary to stay in FE.

De la Rosa jokingly says he’s still offered roles by F1 teams today with his youthful looks, and with Alonso still making use of ‘young driver tests’ that doesn’t sound unlikely, but when you talk to people that have worked with the 50-year-old you realise there are teams at all levels of single-seaters that would be very happy to see him in their car so they could access his immense wealth of knowledge in feedback.

He’s one of a rare group of drivers to have won the SF and Super GT titles in the same year, in an even rarer group to have driven F1 cars for both Ferrari and McLaren as a job, he made history in the junior class both in his results in FR2.0 and in the expertise he brought to Japanese F3, and has supported many young drivers who have come after him.

That he wasn’t even driving the car in the simulator but was still able to eke out Techeetah’s title potential shows just how potent and valuable his experience still makes him today. And like fellow cycling fanatic Alain Prost, who turns 66 on the same day de la Rosa turns 50, he is still fit enough to jump back into an F1, FE or SF car and show how it’s done. 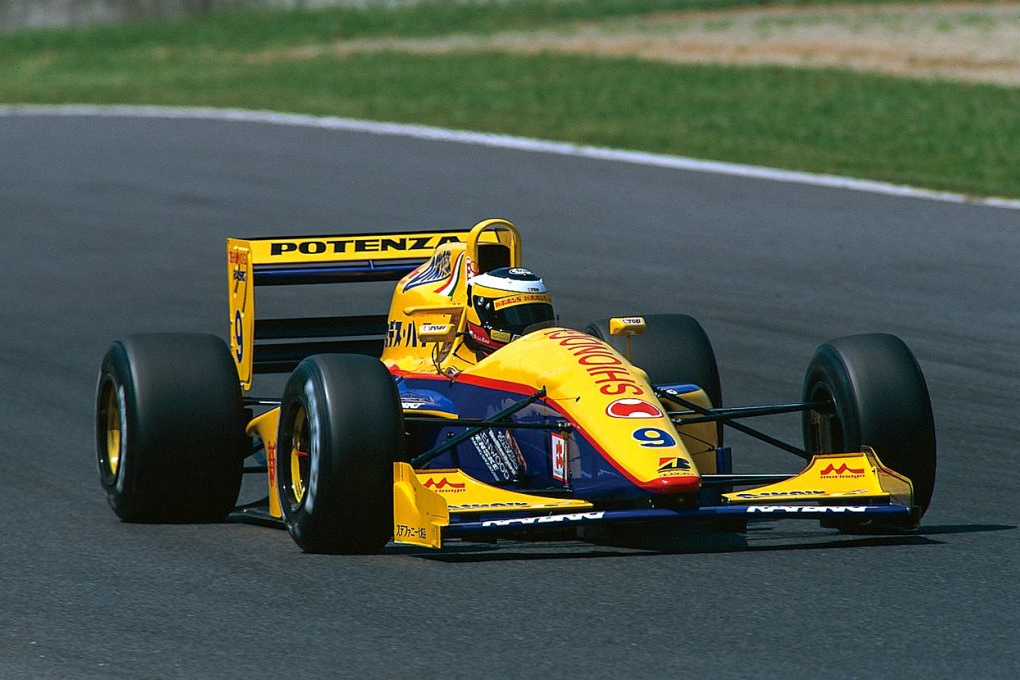