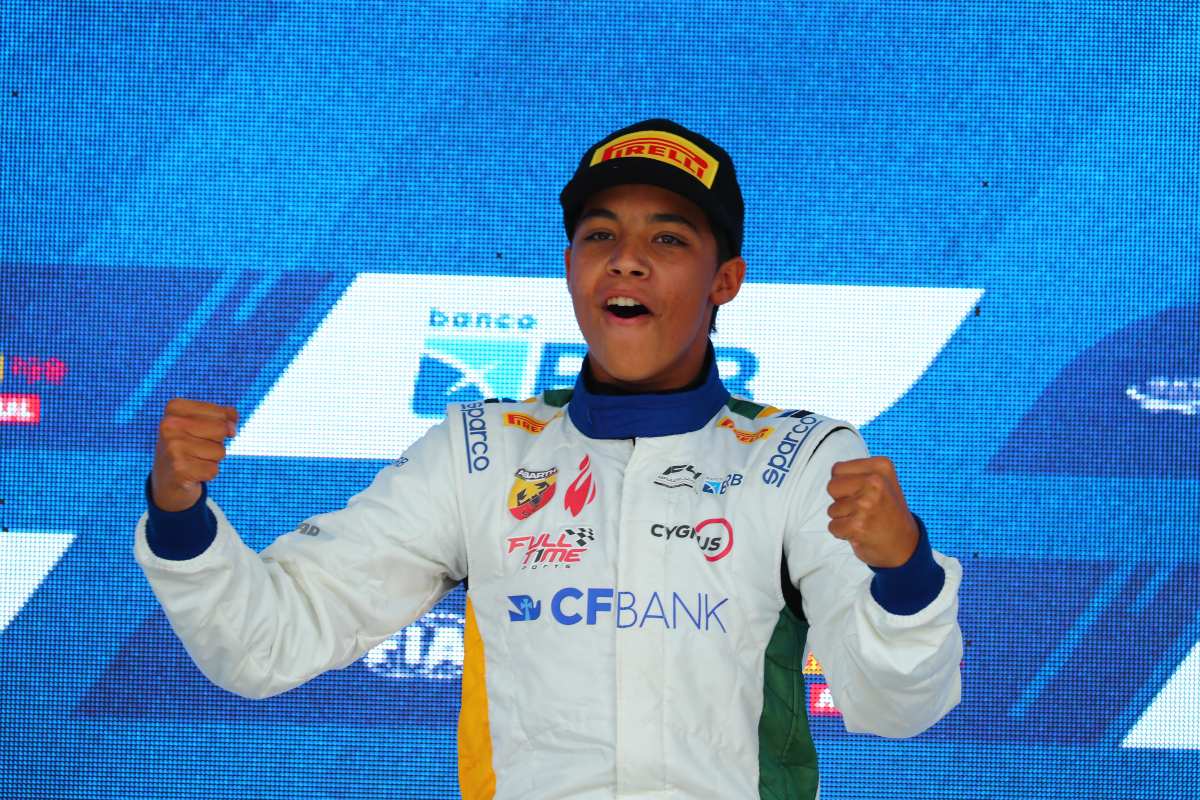 Pedro Clerot had an almost perfect weekend at Interlagos, claiming two poles, two lights-to-flag wins and second place in the reversed-grid race in the second round of Brazilian Formula 4.

As in the series’ inaugural event two-and-a-half months ago, the Full Time Sports driver showed dominant performance from free practice onwards and extended his championship lead to over 60 points ahead of Lucas Staico.

Clerot’s dominance aside, the rest of the field had similar performance over the weekend -such that 15 out of the 16 drivers have points after six races.

The longer first and third races of the weekend had similar outcomes, as Clerot vanished ahead from pole and let drivers behind fight for second.

The reversed-grid second race had Clerot starting from eighth place and storming through the field in the 12-lap encounter.

He was set to finish third, behind Cavaleiro team-mates Joao Tesser and Giaffone, but contact between them made Tesser lose ground and he fell to fifth. Clerot rose to second, and finished 0.253 seconds behind winner Giaffone, while Tessaro took the podium final spot ahead of Full Time Sport’s Nelson Neto.

Clerot romped away from pole again in race three, while Tessaro passed Full Time Sport’s Ricardo Gracia on lap one for second place and a similarly quiet time on his own in second place.

The fight for the final podium spot, some 13s behind Clerot by the end of the race, was fiercely contested between Staico, Richard Annunziata (KTF) and Gracia. Staico finally came through, earning third place and cementing himself in second place in the standings as Giaffone started eighth and only finished 10th.

After over 70 days of waiting from round one at Autodromo Velo Citta to the follow-up at Brazilian Grand Prix venue Interlagos, drivers won’t have much time to rest until more races at the circuit as round three is next weekend.