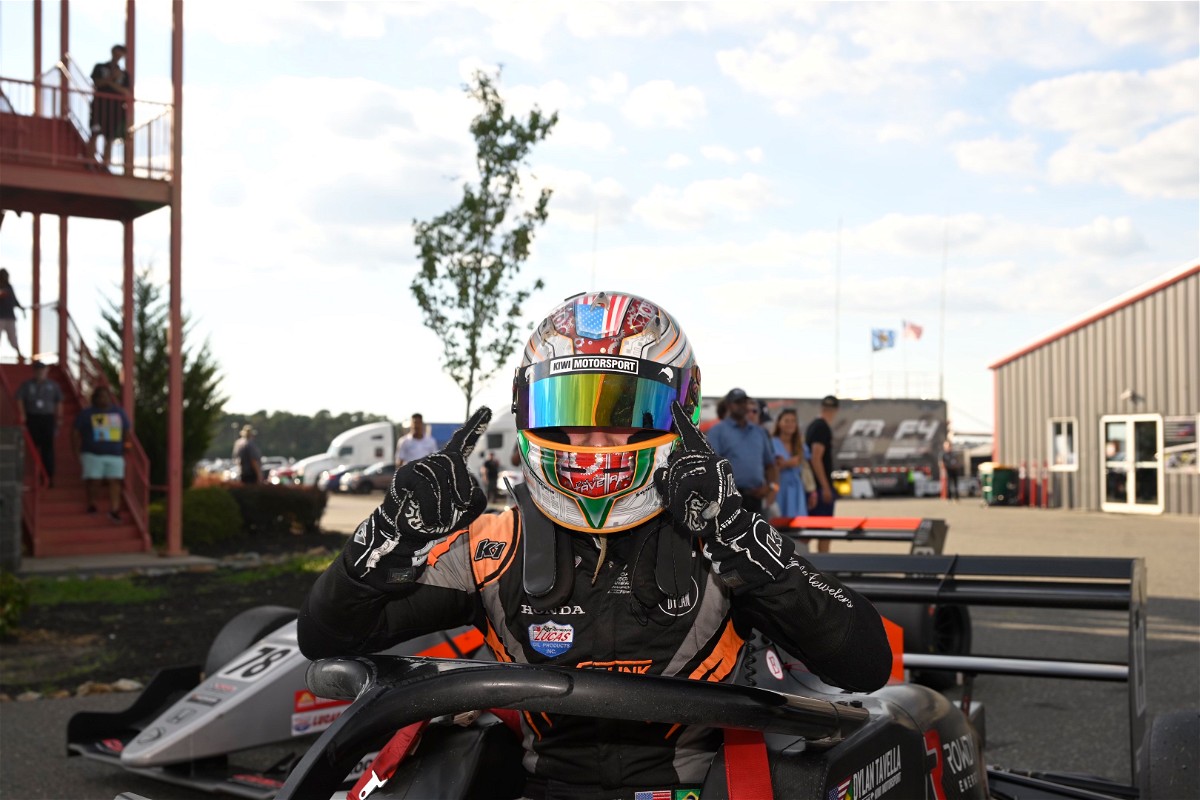 Tavella topped practice but qualified third, behind TJ Speed’s Raoul Hyman and Crosslink/Kiwi Motorsport team-mate Ryan Yardley, then made a strong start to race one to move into what would be a lonely second place.

Hyman was simply untouchable through the race, taking victory by 10.831 seconds, but Tavella also had a pace advantage over the rest of the field as he had a six-second margin back to Yardley in third.

Yardley had to hold off his team-mate Cooper Becklin to make the podium, and only four other drivers finished on the lead lap such was Hyman’s pace. An impressive sixth was Mazda MX-5 racer Aaron Jeansonne, the 2017 Team USA scholar racing in slicks-and-wings for the first time since a part-time campaign in F2000 Championship Series four years ago.

Hyman’s domination came to an end in race two, particuarly as two pace car periods stopped him from pulling away u front, and Tavella sat in his mirrors until the 25th and last lap of the race when he made a diving move into the right-hander that starts the lap.

It was a risky move he just about pulled off, but the lead almost returned to Hyman when Tavella ran off at the final corner and crossed the line 0.736s ahead. Yardley completed the podium again, while TJ Speed’s Nick Persing held off Future Star Racing driver Jeansonne for fourth.

Taking the fastest lap in race two put Tavella on pole for race three, and he won again in an even closer contest with Hyman. This time he was the leader into the final lap, by three tenths of a second, and he held off Hyman by half a car length as he finished 0.089s behind.

Persing came home 1.3s behind in third, with Yardley edging Jeansonne to fourth. Jeansonne was on the grid with Future Star, the team he also races for in Mazda sportscars, due to Mac Clark being absent as the Canadian prioritised his clashing USF Juniors commitments at Road America.