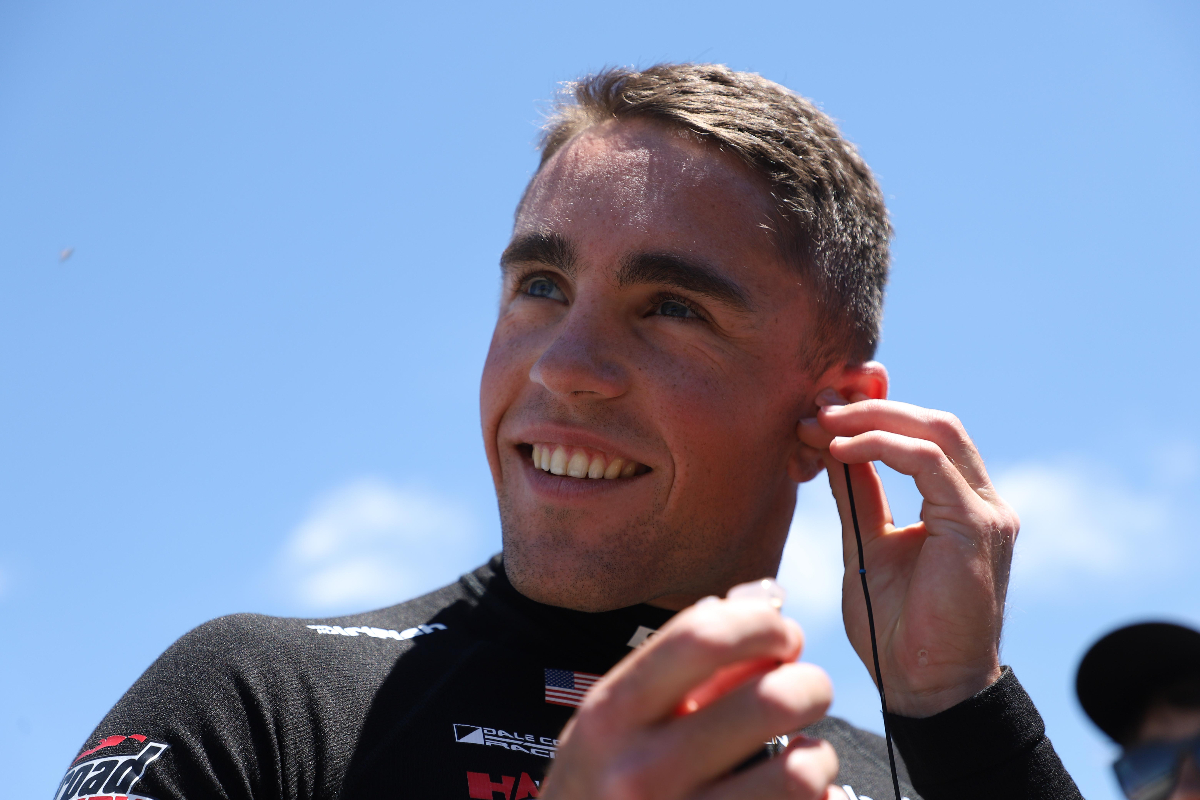 The field lost a little over eight minutes of running midway through the 50-minute session when yellow flags were waved for a track inspection. Two drivers had suffered punctures, and a loose bolt on track was discovered to be responsible.

Green flags were flown with 10 minutes left on the clock but only nine would be run before the session ended as HMD Motorsports’ James Roe Jr lost the rear end of his car at turn two and made heavy contact with the wall.

He was able to get out of the car himself, but it caused an early end to the single practice session.

Between stoppages, Pedersen had set the fastest average speed with a 28.009s lap. The HMD driver had jumped to the top of the order early on as the first to set a lap quicker than 160mph. He would remain the only driver in that bracket for much of the session, until an improvement for Lundqvist after the first yellow flag.

Lundqvist had already gone second quickest in the first half of practice, but continued to find pace throughout and ended the action with a 160.4mph lap.

Hunter McElrea, currently second in the points, could only manage to go sixth quickest, behind Danial Frost who had been running in second place early in practice. McElrea’s Andretti team-mate Matthew Brabham was seventh.