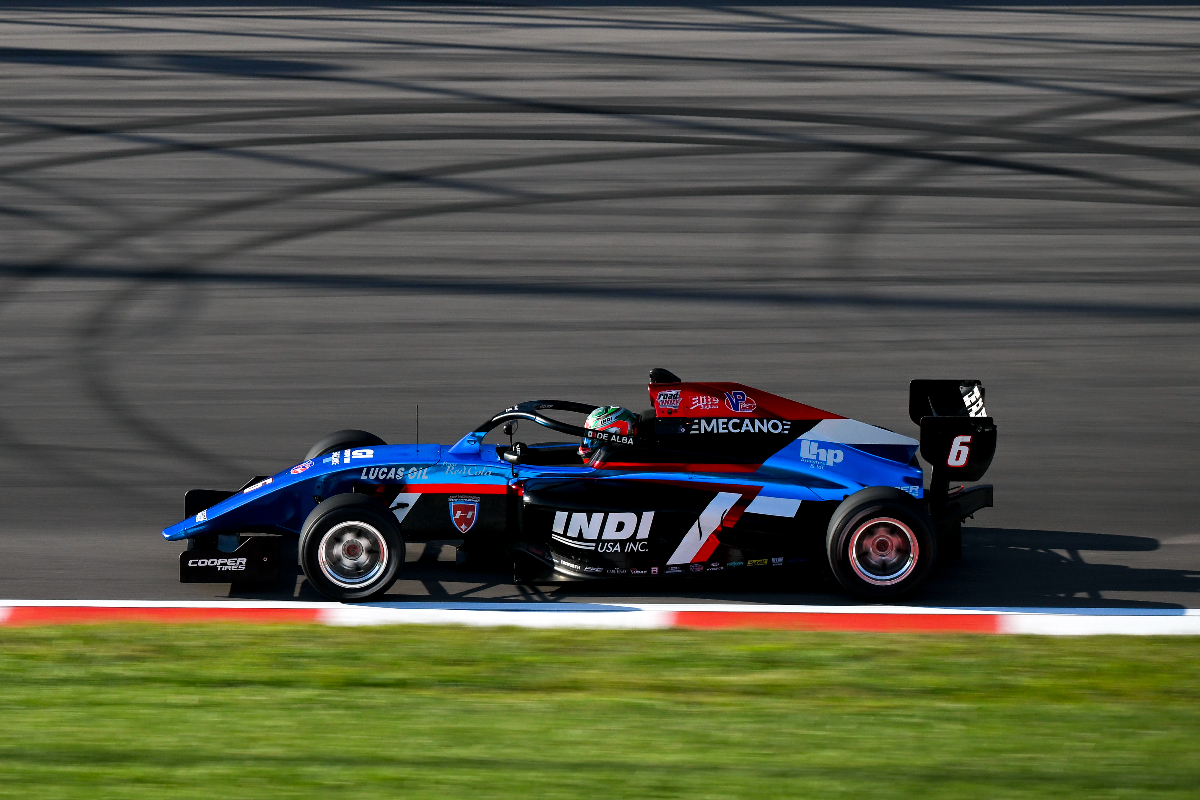 Jay Howard Driver Development’s Salvador de Alba was fastest in both Indy Pro 2000 test sessions at Gateway, which marked the first appearance of his new team-mate.

GB3 race-winner Marcos Flack is joining JHDD for this weekend’s race on the Gateway oval and the season finale at Portland on September 2-4, and got his first taste of the IP2000 car in a private test at Gateway earlier this month.

Turn 3 Motorsport’s Josh Green set the pace at first in Friday’s first pre-event test session, lapping initially at the 138.5mph mark and then improving by 0.9 miles per hour around the super smooth track.

De Alba was then quickest again in session two, although he couldn’t quite match his earlier pace. He was six thousandths of a second slower (equating to a 0.024mph difference), but the former NASCAR driver was still a clear 0.179s ahead of Juncos Hollinger Racing’s Reece Gold and DEForce Racing’s Nolan Siegel, who along with Exclusive Autosport duo Louis Foster and Lindsay Brewer and Pabst Racing pairing Yuven Sundaramoorthy and Jordan Missig were the only five drivers to set their best lap in session two.