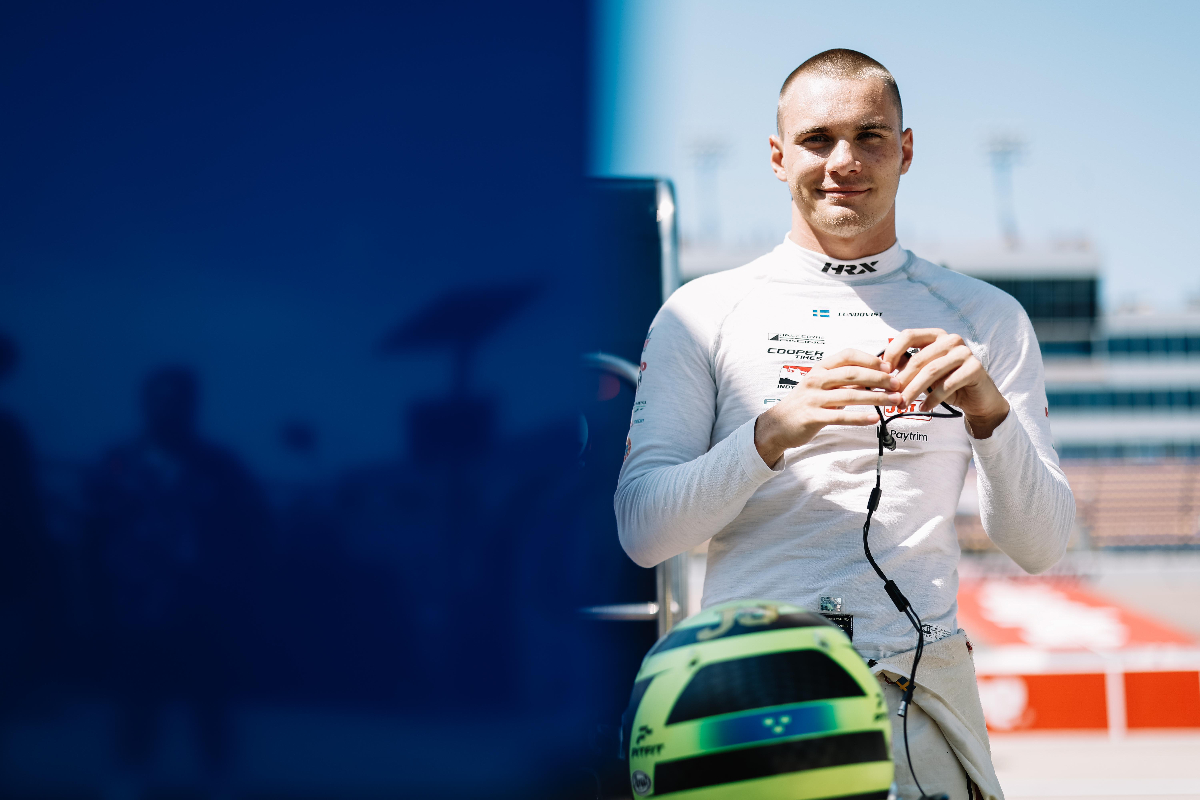 Linus Lundqvist took his seventh Indy Lights pole position of 2022 in a HMD Motorsports one-two in qualifying at Gateway.

Championship leader Lundqvist was last out on track to complete the two laps that would determine his starting position.

Team-mate Benjamin Pedersen had been towards the middle of the queue to head out and put himself on provisional pole with an average speed of 160.124mph.

The Andretti Autosport quartet that seperates Pedersen and Lundqvist in the championship standings could not get close to Pedersen, with none managing to lap at 160mph.

Lundqvist’s flying laps appeared slightly scruffy, but he wasn’t too out of shape. His first lap speed was a 160.407mph. Like many drivers, he was slower on his second lap, but it was enough to set his average at 160.259mph.

Brabham was the quickest Andretti driver, slotting into third place with a 159.572mph average speed.

Danial Frost had briefly held provisional pole position before Pedersen went out, but was dropped back to seventh by the end of qualifying. Christian Bogle qualified eighth ahead of Jacob Abel, who almost hit the wall on his run but managed to avoid any drama.