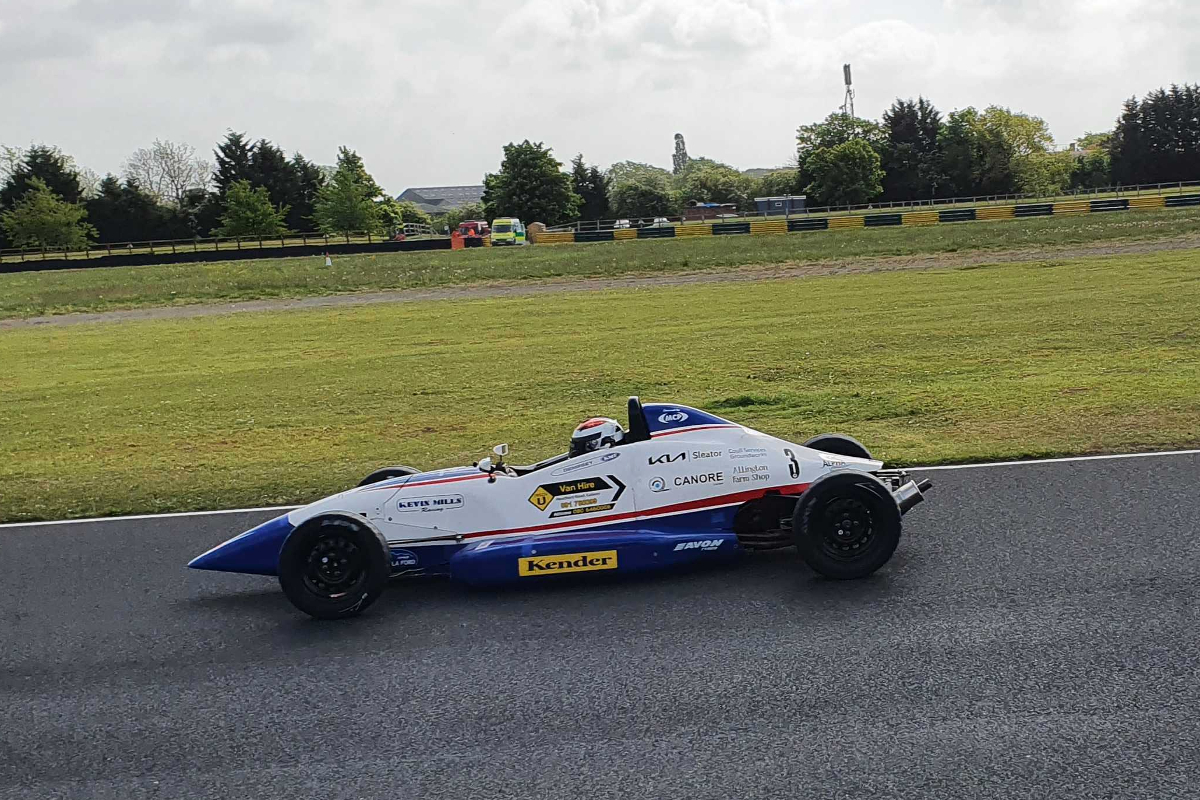 The Kevin Mills Racing driver was on top from start to finish, starting the session with a 50.719s lap and breaking into sub-50s territory on his second effort.

Only one other driver was able to do that all session, while Dempsey improved four further times before red flags were waved with just over three minutes to go when Tom Nippers had an incident at Graham Hill Bend.

Ultimately one driver in the top six would improve once the session was restarted, and Dempsey took pole with a 49.406s lap.

Ammonite Motorsport’s Colin Queen will join him on the front row of race one and he qualified 0.496 seconds slower, setting a 49.902s on his fifth lap of the session.

B-M Racing’s Rory Smith made tiny improvements through the second half of qualifying to put himself on the third grid, but could do no better than a 50.014s lap.

Next up were Ammonite duo Shawn Rashid and Andre Lafond, Team Dolan’s Morgan Quinn then Oldfield Motorsport’s Brandon McCaughan who improved late on in seventh place.

His team-mate Lucas Romanek had one of his sidepods removed during the red flag period and as a result did not return to track until the very end, denying him an opportunity to improve from a lowly 12th place on the grid.

Cameron Jackson was little over a tenth of a second slower in a Van Diemen RF90, while FF1600 debutant Jody Lees was two seconds off the pace in a Team Dolan-run car.