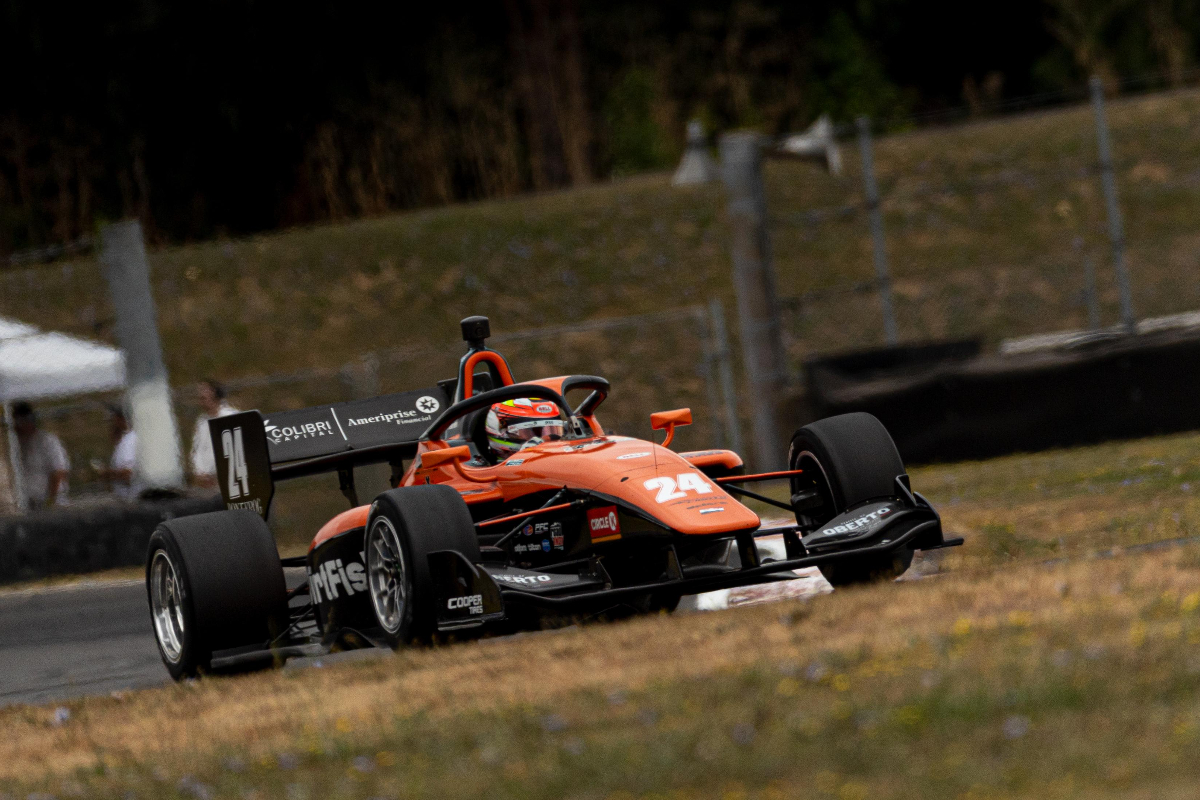 Benjamin Pedersen took his maiden Indy Lights victory at Portland, while team-mate Linus Lundqvist heads to Laguna Seca with one hand on the title.

Matthew Brabham beat Lundqvist to second place, meaning the points leader could not wrap up the title a round early.

After drama in the Road To Indy races at turn one, the start line was pulled back closer to the final corner, giving the Indy Lights field a longer run up to the first turn.

The field managed to get through turn one cleanly, but it wasn’t long before yellow flags were waved. Christian Bogle and Abel Motorsports’ debutant Flinn Lazier came together, sending them both across the grass. HMD Motorsports’ Bogle limped back to the pits with damage while Lazier retired on the spot.

A strong start for Brabham allowed him to move into fourth before the caution was thrown. When racing resumed, he joined the battle for second, behind Danial Frost and Christian Rasmussen.

Rasmussen, trying to find a way past Frost, made slight contact with him and cut the corner at turn 11. Frost dropped a wheel into the dirt and was then sent into the barriers, prompting another pace car period.

The incident promoted Brabham to second as Rasmussen took to the escape road after cutting the corner and dropped down the order.

Brabham couldn’t stick with Pedersen on the restart though, with the poleman putting in a perfect drive to gradually build his gap up front. Late in the race, Brabham had more pace than Pedersen and began to close in, but the leader didn’t put a wheel wrong and finished just under a second clear.

Lundqvist completed the podium with a problem-free drive to third.

Robb had been forced to pit with damage early on and dropped to the back of the order, but had a strong climb back through the field. Ernie Francis Jr put up a strong fight when Robb came up against him for sixth, and the battle allowed Rasmussen to join them.

Despite the addition of Lazier, the grid remained at 12 cars as HMD driver James Roe Jr was absent.