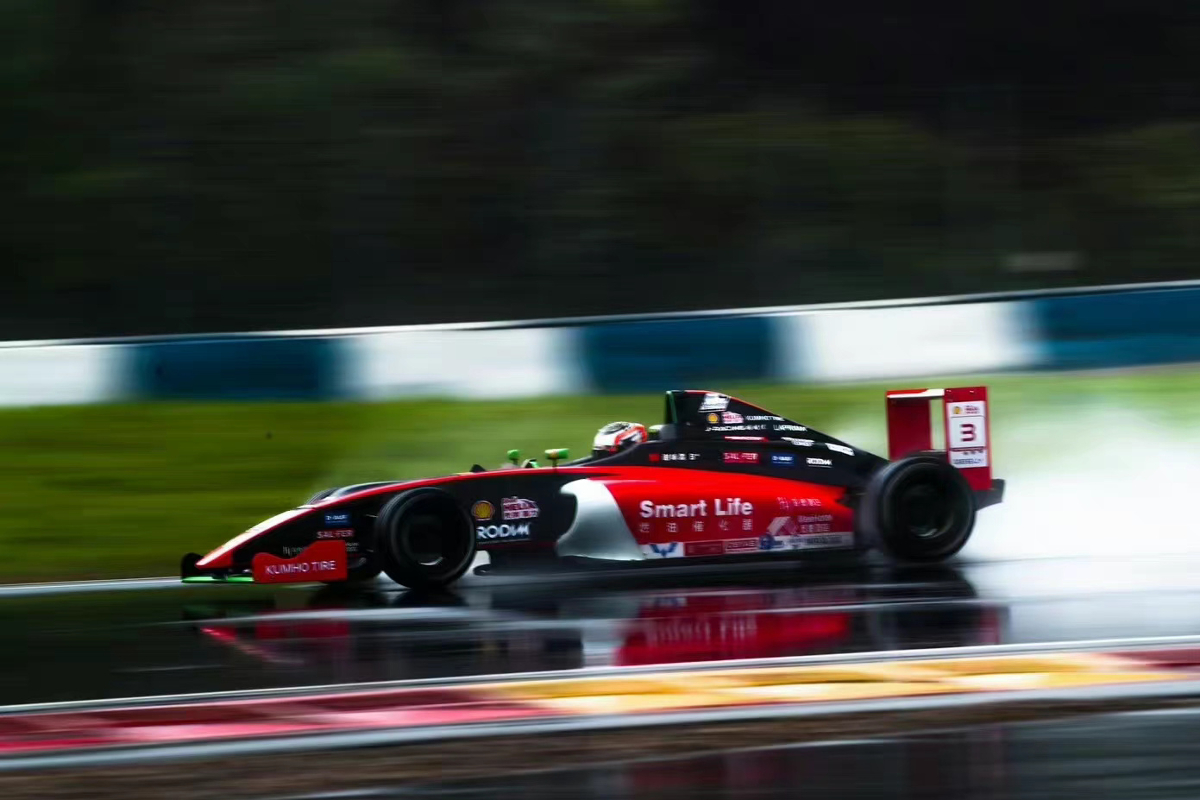 Gerrard Xie took both poles and won all four races in Chinese Formula 4’s second round at Ningbo to take the points lead.

There was drama in every race, beginning with rain that arrived at the start of race one. That sent Yaoming Huang spinning on the formation lap, and when the cars got to their grid slots the lights did not turn on as instead all of the teams were called back on to the grid to change the cars to grooved tyres.

The race then started behind the safety car, and the top three of Xie, Shenghui Xu and Jingxi Lu sprinted off when the real action began on lap two. Lou Duan passed Ni Siming for fourth on lap four with a diving move, and by that point they were already 20s behind the race leader.

Hui Zheng spun on lap five, then on lap nine of 13 a spin for Xu left him way behind in third. When the race finished there was a massive 23.494s between the top two, and a further 31s to Xu.

Xie started at the back of the eight-car reversed grid for race two, but it took two corners to get into the lead as Zheng spun and opened up the way forward. Lu also went from seventh to second, with Xu having gone from sixth to second before slowing towards the end of the opening lap.

Xie pulled away across the first three laps until the race put behind the safety car and then red flagged so once again drivers could switch from slicks to grooved tyres due to rain.

Xu was in third for the restart, and Siming passed Duan for fourth. Soon Xu was on Lu’s rear and attacked him for multiple laps, eventually getting through at the turn 17 hairpin. Lu tried reclaiming the place on the next lap but the pair then made contact as Xu did not leave enough room and was spun by Lu as he tried to stay on track.

Xie dominated from pole again in race three on Sunday morning, with Smart Life Racing team-mate Lu and Xu second and third once more, then in the reversed grid race four the Smart Life drivers charged to the front again and Xie won by 13.775s.