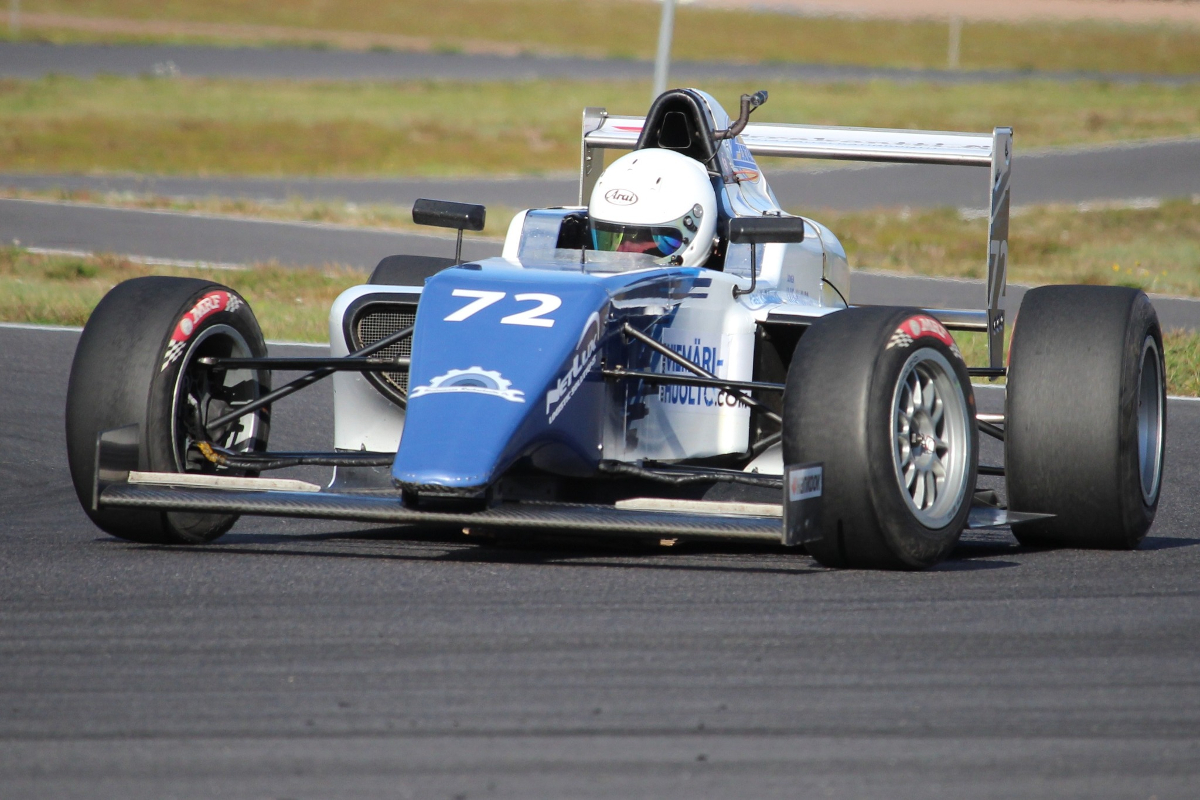 Alexi Jalava moved into the Formula Academy Finland points leat in round three at Alastaro as he picked up his second win of the season.

The youngster qualified third behind Iker Oikarinen and Leevi Vappula, who made a great start to take the lead at the beginning of race one. The lead trio ran closely together until lap six of 15, when Oikarinen tried passing Vappula at turn one but could not pull it off and then got demoted to third by Jalava at the end of the back straight.

Oikarinen reclaimed second on lap nine with a move that ended in contact, then two laps after that he was pressuring Vappula for the lead. He managed to get through on lap 12, and Jalava also passed Vappula a lap later on the back straight.

Going into the final two laps the top three were still extremely close, and Jalava took the lead with a dive that send Oikarinen deep and allowed Vappula back into second. At the final corner Oikarinen came back through with his own diving pass, but Vappula returned the fact as they reached turn one for the final time.

In the end it was Jalava who won to move to the top of the championship, and Oikarinen got back into second as a Formula 3 car competing for Formula Open Finland honours passed Vappula in a way that forced him wide and enabled Oikarinen to get through.

Jalava started on pole ahead of Vappula for race two, but Oikarinen was in second place by turn two and at the start of lap three he took the lead from Jalava down the inside of turn one. After a few more laps he had built a lead of 1.4 seconds, as Jalava started to come under pressure from Vappula.

The positions did not change, and Jalava was able to finish just 0.94s behind Oikarinen. Further back, Joonas Jaaskelainen held off Nestori Virtala in their battle for fifth.

Jalava had pole again for race three, ahead of Oikarinen and staller Vappula. That left Jalava and Oikarinen to fight for the win, although it was more of a one-sided race this time as Oikainen got through on lap one and then pulled away by 6.274s.

Vappula qucioly recovered to third, but any further progress was stunted by being held up by an F3 car, a problem Jaaskelainen and Virtala also had later in the race.