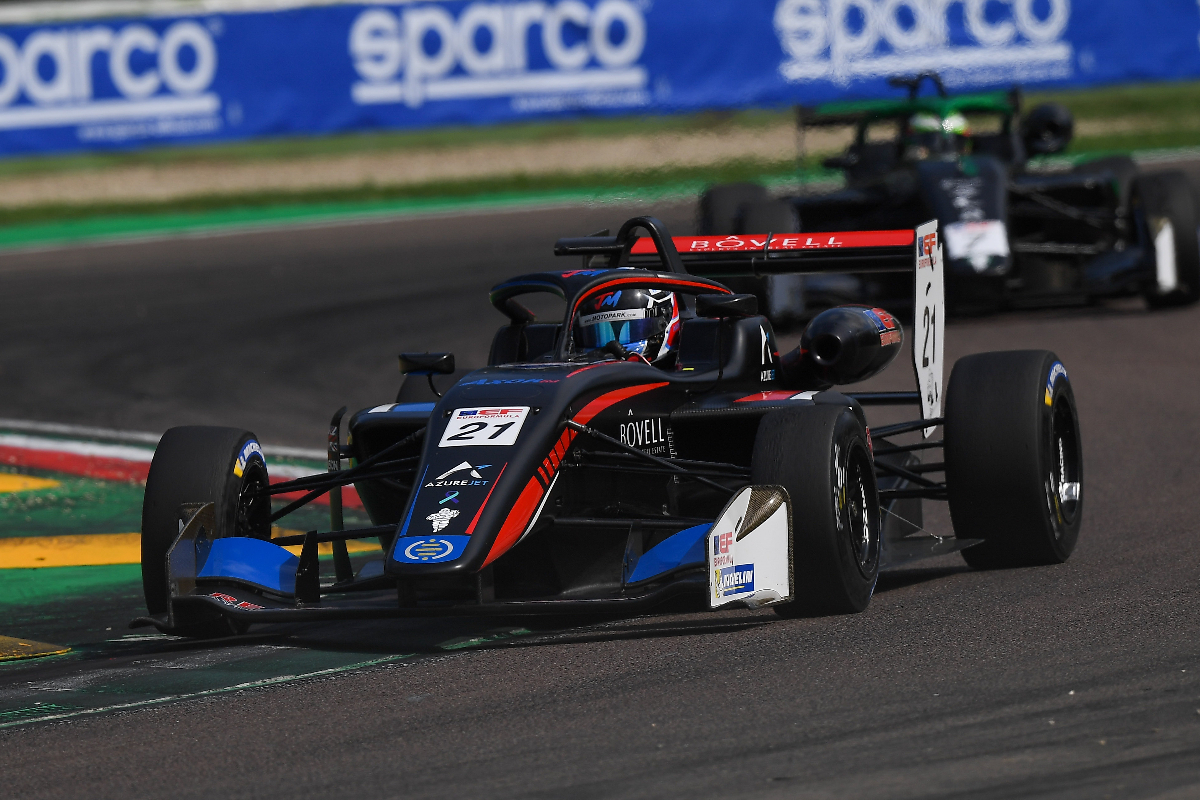 Mason started both of Sunday’s reversed grid races from pole, and failed to make the most of being at the front first time around. On his second go from pole he had a faultless race though, and converted his starting position into a massive 7.434-second win.

For almost the entire race it was Frederick Lubin who was his closest opponent, as he ran the front of a group of five cars that could not be seperated.

Behind Lubin was Christian Mansell, Francesco Simonazzi, Oliver Goethe and Vlad Lomko. Mansell took third from Simonazzi around the outside of Tamburello on lap one, while Lomko tried to go down the inside of Simonazzi on the next lap but then ran off and dropped behind both the Italian and Goethe.

Simonazzi had a look at reclaiming third from Mansell into Rivazza 1 on lap five, while on 10 Lomko had a look at passing Goethe at the first corner but couldn’t do it as the group ran split by just 2.2s.

Two laps after that Mansell started to really attack Lubin for second, as Simonazzi had to become more defensive against Goethe who, not for the first time this season, had been warned by race control about making multiple changes of direction.

On lap 17 of 19, Lomko dived down the inside of Goethe at Tamburello but could not make a pass stick, and later in the lap he then took a trip through the gravel. Simonazzi ran wide at Rivazza 1, meaning as Goethe started the penultimate lap he was almost alongside the BVM Racing driver.

Goethe took fourth place from him at Tamburello, but it resulted in Simonazzi going off and falling to sixth behind Lomko.

Just ahead of them, Mansell finally found room at the Villeneuve chicane to pass Lubin and finish in second place.