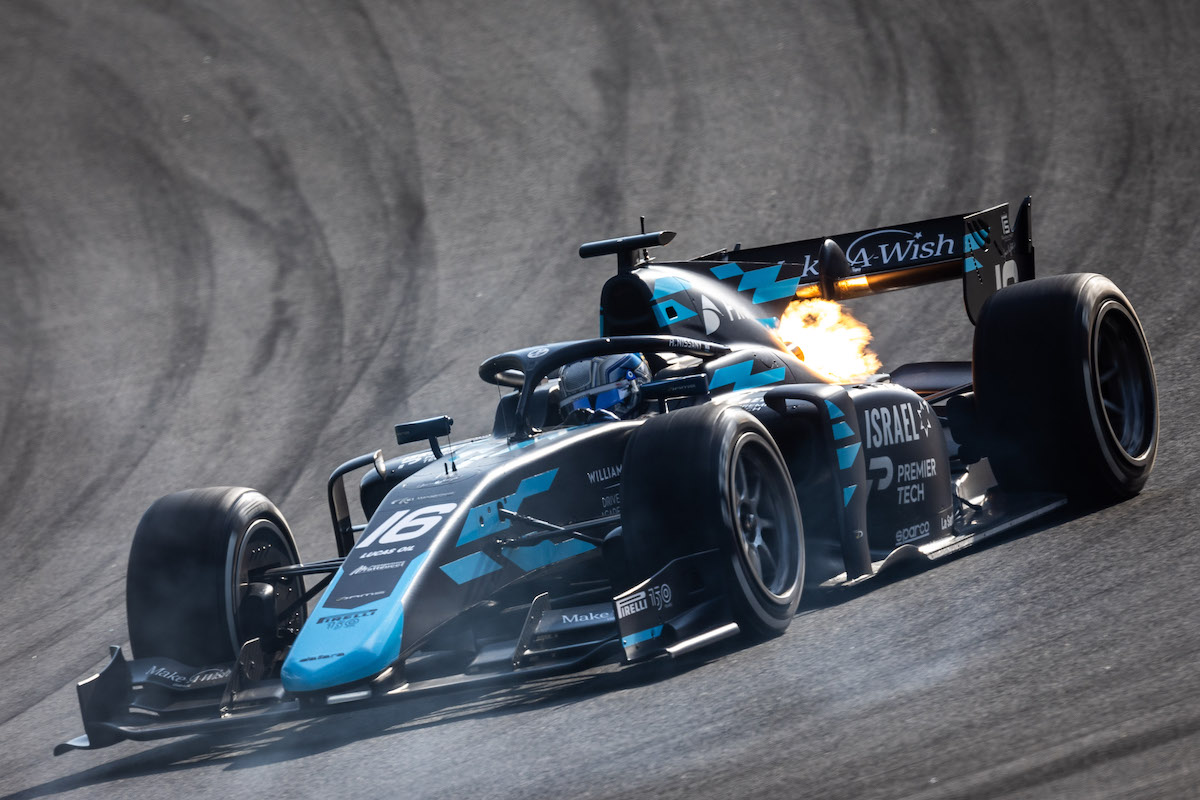 Roy Nissany has been banned from the next Formula 2 round at Monza after he and David Beckmann were penalised for their contact behind the safety car at Zandvoort.

Both drivers were given 10-second penalties and two penalty points for the feature race incident in the feature race, when they were jostling over position while running side-by-side behind the safety car. As a result, Beckmann ran into the rear of Marino Sato on the pit straight, damaging his front wing, then appeared to make further contract with Nissany on his right-hand side.

Nissany already had 11 points on his record and has therefore now reached the maximum of 12 that leads to a one-round suspension.

The fourth-year F2 racer and Williams Formula 1 tester is the third driver this year to be banned, after rookies Amaury Cordeel and Olli Caldwell were forced to miss the Silverstone and Spa rounds respectively. DAMS will be able to replace Nissany at Monza.

Van Amersfoort Racing’s Beckmann now has four points on his licence. He was reprimanded in practice for rolling back onto track in the path of Jack Doohan having gone off into the gravel at Turn 13.

Stewards also investigated the second safety car restart in the feature race when Doohan was hit from behind by Richard Verschoor and taken out of the race after then-leader Liam Lawson waited as late as possible to resume racing.

They decided no further action was required against runner-up Verschoor nor Lawson for “allegedly driving in a manner potentially dangerous to other drivers”.

The decision stated: “The Stewards don’t like to see restarts conducted in this way but finally couldn’t find any breach of the Sporting Regulations, hence the decision of No Further Action. The Driver of Car 3 [Doohan] stated after the announcement of the Decision that he concurred that it was a racing incident.”

Verschoor’s team Trident was fined €500 for unsafely releasing Calan Williams in the pitlane during practice.

In the supporting FIA Formula 3 Championship, Rafael Villagomez started both races from the pitlane after not stopping at the weighbridge in qualifying, then during the sprint race copped two penalty points and a post-race 10s penalty for colliding with Carlin’s Brad Benavides, who gained two penalty points and a three-place grid penalty for colliding with William Alatalo in the feature race.

Juan Manuel Correa had 10s added to his race time and given two penalty points for colliding with Villagomez, and Zak O’Sullivan was penalised the same for contact with Ollie Bearman who had a drive-through penalty converted into a 20s penalty after failing “to maintain gap behind Safety Car at Turns 12-14”, dropping him from 10th to 25th and handing Alexander Smolyar the final point.