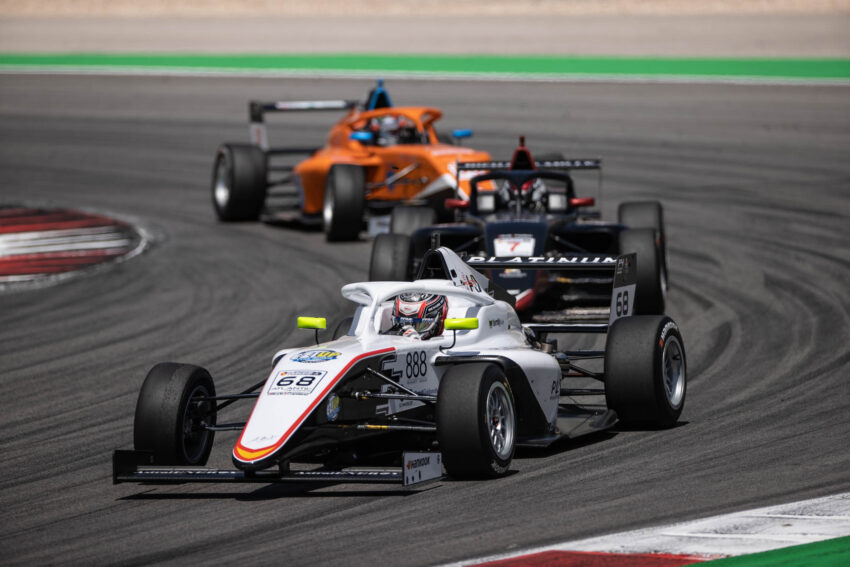 Barter beat Campos Racing team-mate Tsolov to pole but came under immediate attack and Tsolov was able to get his car down the inside of turn one.

Timoteusz Kucharczyk fended off his MP Motorsport team-mate Kirill Smal for third through the opening lap before the safety car was called out as Theophile Nael had a collision at the downhil chicane, Noah Lisle spun there and then Daniel Mavlyutov and Alvargo Garcia all went into retirement.

Nael managed to make it back to the pits, where Sebastian Gravlund went too to retire, and there was even more drama when racing resumed on lap five of 12 as the safety car left it late to enter the pits.

The confusion caused bunched the field up as they went down the pit straight, and Kucharczyk passed Tsolov for second into turn one. Tsolov lost out to Kirill Smal as well, then had some side-by-side action with him before running off track and dropping to sixth behind Valerio Rinicella and Suleiman Zanfari.

He regained one spot before the end of the lap, then set fastest lap next time by. However trying to reclaim fourth from Rinicella proved extra difficult, and as he looked for a way through the top three pulled away.

Barter built up a lead of 1.4s by the end of the race, with Kucharczyk’s focus late in the race having to switch to keeping Smal at bay to secure second place.

Tsolov’s pressuring of Rinicella was eventually rewarded on the last lap, as Rinciella defended turn one but then ran over the kerbs at turn two. It allowed Tsolov to get alongside, but only briefly, and it was later around the lap that he finally got a move done and made it stick. Both locked up entering the downhill chicane, but Tsolov stayed ahead to finish fourth.