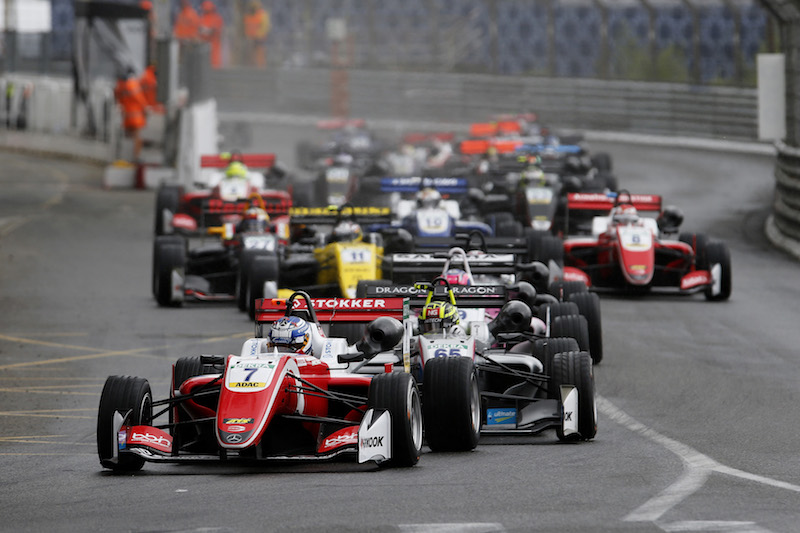 Pau Grand Prix winner Ralf Aron was motivated to ‘prove himself’ in the opening round of the Formula 3 European Championship on the French street circuit because he hadn’t been widely-tipped as a title contender.

The Estonian driver has returned to Prema for his third season in the category, and followed second-place in the opening race of the weekend in Pau with victory in the shortened final race, in which the Pau Grand Prix title is awarded.

He ended the weekend one point behind championship leader Sacha Fenestraz, despite only receiving half points for his win.

The win was only Aron’s second in European F3, and his first for over two years, having won on just his fourth start at the Hungaroring in April 2016.

In 2017, he moved away from Prema to drive for Hitech, but dropped from seventh to ninth in the standings.

“To be honest I was a bit surprised coming into the weekend that a lot of people didn?t consider me as a championship contender,” he told Formula Scout.

“It kind of made me want to push myself and prove myself.

“I?ve been up there. Last year with Hitech we struggled a lot at the beginning of the season and the championship train was kind of gone, so every race I did was all or nothing.

“I was leading a couple of races and had a couple of crashes, but we weren?t always the fastest car out there but managed to somehow put ourselves up there and when you go all or nothing, stuff happens, but sometimes it works out.

“Last year the approach was different definitely compared to this year.”

Aron had to settle for eighth in race two after almost the entire Prema team came outside of the top 10 in a wet second qualifying session – even though his second-fastest time was good enough for third on the Grand Prix grid.

He paid tribute to the team for improvements made to the wet-weather setup on Saturday night, and said he was confident about his chances of strong results at the upcoming rounds.

Asked if he believed he could be similarly strong at other tracks, he replied:?”Yes, I really do.

“With Prema we knew a little bit that we might struggle in the rain, but I?m pretty sure that we got it sorted out last night and the team now knows what?s going on.

“I know we?re really competitive in the dry and I?m looking forward to the other circuits to be honest.

“Budapest I got my first win at, and Norisring I have the fastest lap around there, so the next two rounds should suit me.”