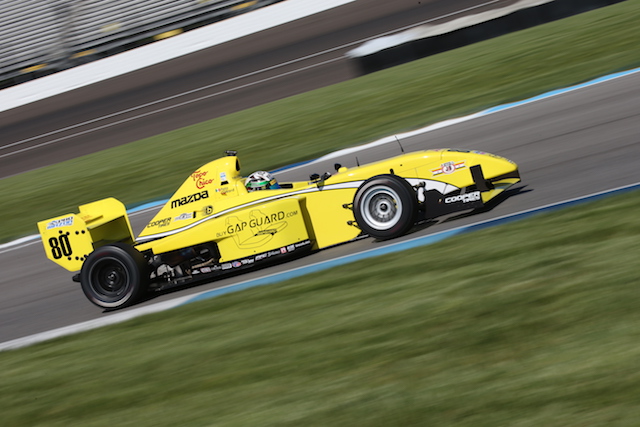 Patricio O’Ward?produced a second dominant win of the Pro Mazda round on the Indianapolis road course.

The Mexican, who’s yet to secure a deal for the full season, pulled away from Pelfrey?team-mate Aaron Telitz to win by 4.7 seconds.

His team-mates?Garett Grist,?Nicolas Dapero?and?Jake Parsons battled over fourth place early on but it was USF2000 champion?Nico Jamin who came through to claim the position from Grist on the very last lap.