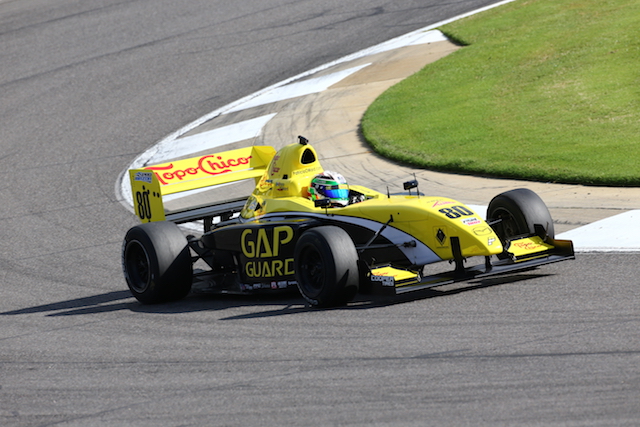 O’Ward went from fourth to second behind poleman Telitz early on, and the pair ran away from?Garett Grist at the rest of the field.

A?gap of 10 seconds was eliminated by a caution when?Jake Parsons went off, but O’Ward used the restart to pounce on Telitz and claim the lead with just minutes remaining.

Grist held onto third despite losing touch with the lead pair again after the restart, with fourth-placed?Weiron Tan?unable to find a way past. ?Will Owen was fifth, while?Nico Jamin survived early contact with team-mate?Jake Eidson?to take sixth.

Eidson was eighth behind?Nicolas Dapero, with Jorge Cevallos the final finisher in ninth.