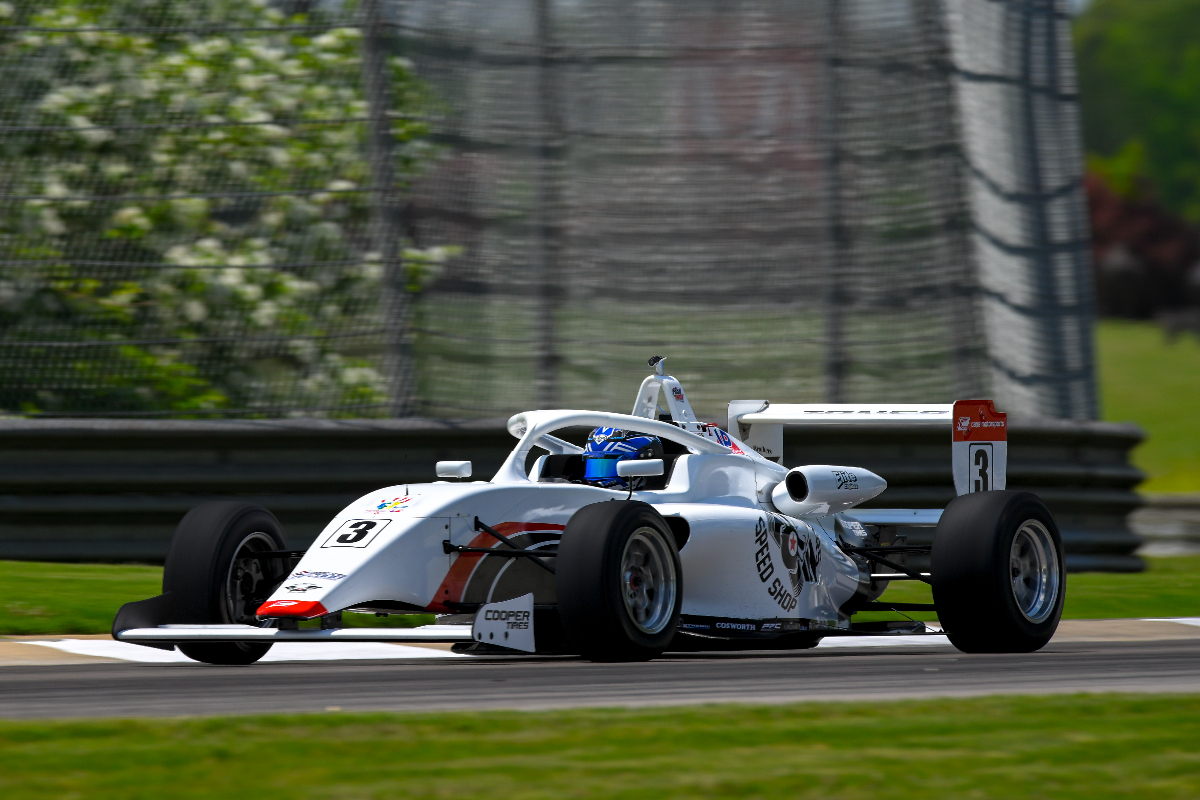 Jagger Jones won the second USF2000 race at Barber Motorsports Park, as Myles Rowe potentially signed off his season with the points lead.

Christian Weir and Rowe started from the front row, with Jones and Simon Sikes filling row two for a race that began on lap two following an aborted start.

Jones and fifth-placed starter Michael d’Orlando passed the top two and began their own battle for victory, although it was light on action as d’Orlando mostly followed Jones, son of Indianapolis 500 winner Parnelli Jones, through the 17-lap race.

Rowe similarly could not really challenge Weir despite staying close, and spent more time having to drive defensively against Simon Sikes late in the race following a caution period.

Sikes came fifth having passed the fast-starting Thomas Nepveu on lap four of 17, and Nicky Hays passed Jace Denmark for seventh on the same lap. In the middle of the race Hays went off at turn one and fell to ninth behind Denmark and Jacob Douglas, but got back up to seventh at the finish as Denmark spun at turn five.

Dylan Christie and Jackson Lee completed the top 10. Lee started 10th, dropped to 13th early on then made two overtakes before benefitting from Denmark’s spin.

Race one runner-up and title contender Billy Frazer has dropped to fifth in the standings after he rear-ended another driver on lap one and broke his front wing. He is 16 points behind Rowe, who currently doesn’t have the budget for the third round of the season in a fortnight.