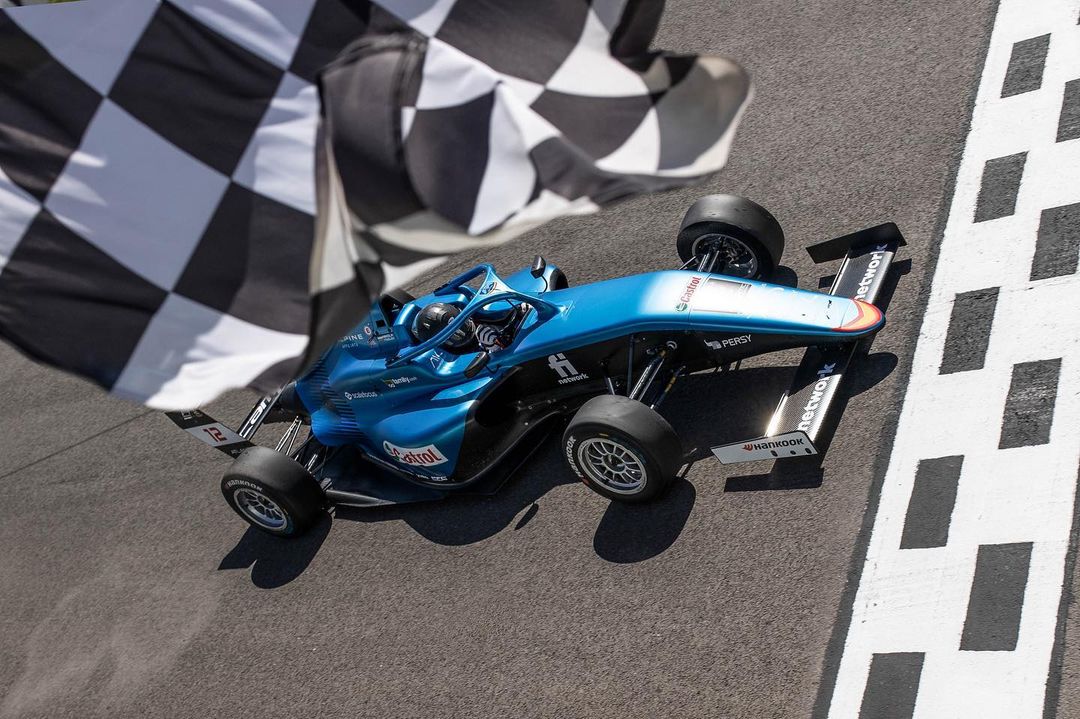 Alpine Academy affiliate and Fernando Alonso protege Nikola Tsolov won from pole in the third race of the Spanish Formula 4 opener at Algarve.

The Campos Racing driver, in his first weekend racing single-seaters, was passed on the run to turn one by MP Motorsport’s Tymoteusz Kucharczyk while his team-mate Hugher Barter passed MP driver Valerio Rinicella for third exiting the corner.

Barter attacked Tsolov, but then had Rinicella repass him later around the lap. He reclaimed third though through the long final corner, where Tsolov got in Kucharczyk’s slipstream and passed him entering turn one for the second time.

The safety car was then called out after Jef Machiels – driving for the alliance between Van Amersfoort Racing and Monlau Motorsport – spun and led to Jorge Campos joining him in retirement in the gravel and Ricardo Gracia having to pit.

When racing resumed the top two avoided pressure from Barter as he was being attacked by MP’s Tasanapol Inthraphuvasak who along with team-mate Suleiman Zanfari had passed Rinicella before the safety car.

By the end of the restart lap there was another safety car-requiring incident as Vladislav Ryabov was spun around by Ricardo Escotto, then his stationary car was hit at speed by Gael Julien who was without his rear after being violently mounted by Ricardo Gracia.

Escotto and Gracia made it back to the pits but retired, while Julien and Ryabov emerged seemingly unscathed. The second restart came on what became the last lap, and Tsolov nailed it to lead a huge mass of cars into turn one. Zanfari got inside of Barter for third, and the Australian almost lost another place to Inthraphuvasak who dived down his inside at the hairpin.

Barter went off at the exit but kept fourth position, albeit with the warning flag for track limits abuse, and he then hassled Zanfari to the finish as Tsolov took the win.