written by Alejandro Alonso Lopez 1 May 2022 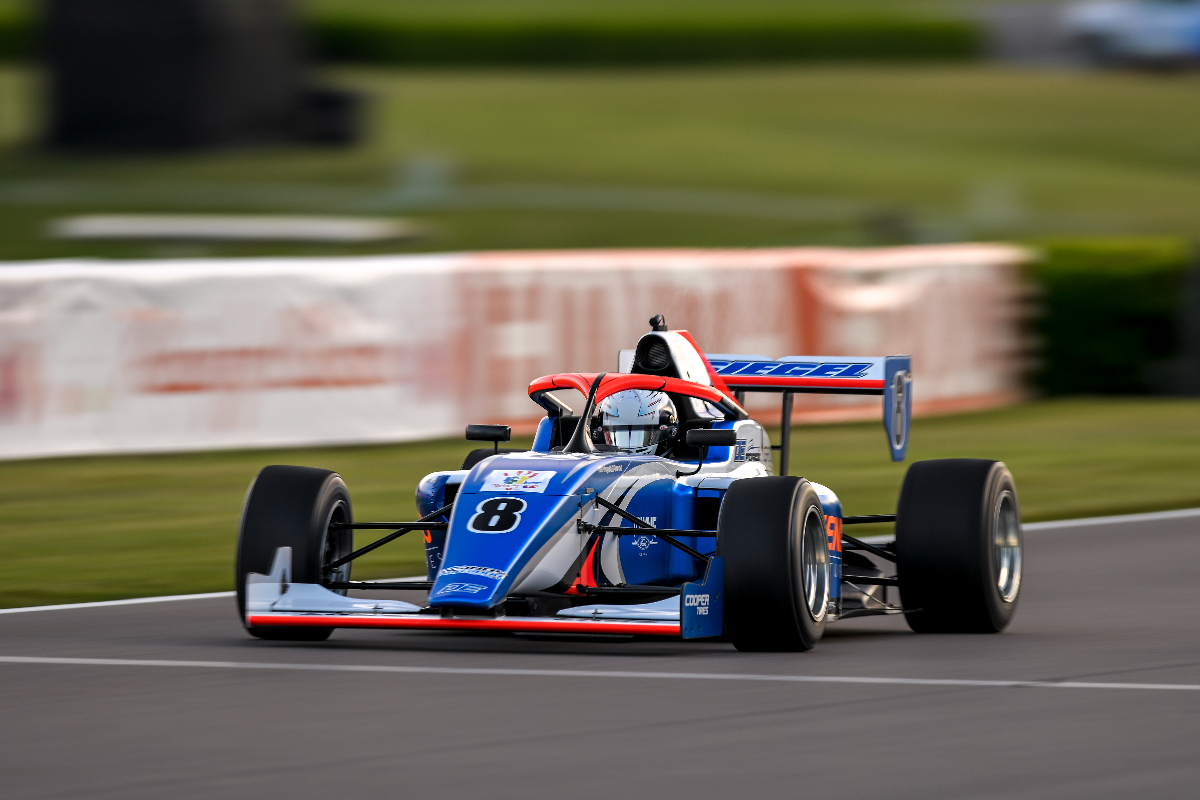 Nolan Siegel led from start to finish to take his second victory of the season and reclaim the points leads in Indy Pro 2000’s second race at Barber Motorsports Park.

Starting from pole, Siegel led comfortably at the green flag while the rest of the field battled each other through the first corners. Exclusive Autosport’s Louis Foster, who started in sixth, moved up to third with a very good opening lap.

At the back of the pack, Jay Howard Driver Development’s Salvador De Alba was the biggest winner as he gained five positions from his starting spot of 14th to complete lap one in ninth.

A third of the way into the race, DEForce Racing driver Siegel had a safe gap of one second-and-a-half over Jay Howard Driver Development’s Braden Eves, who had held on to his starting position.

Foster did start putting pressure on him though and eventually attempted an overtake. The pair went side-by-side twice with Eves staying ahead in a battle that allowed Siegel to increase his lead up to two seconds.

In the closing stages of the race, Eves and Foster reduced Siegel’s lead down to under a second, but that wouldn’t be enough to challenge for the win. Meanwhile, Juncos Hollinger Racing’s Enaam Ahmed dropped back as he didn’t have the pace to fight for the podium and finished in a comfortable fourth place, two seconds ahead of team-mate and race one winner Reece Gold.