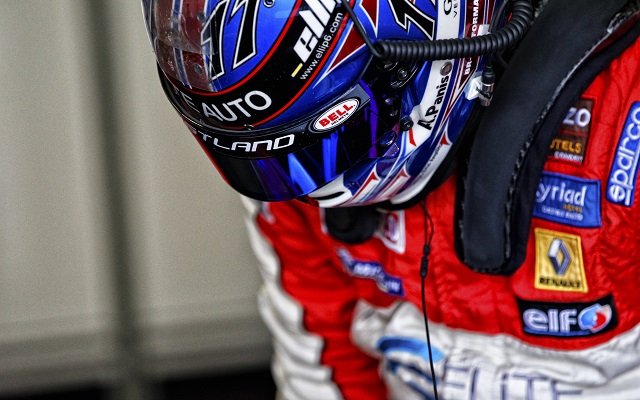 ART Junior Team’s Aurelien Panis picked up his first victory in Formula Renault 2.0 Eurocup, having led the entirety of race one at Moscow Raceway from pole position.

The Frenchman, who had recorded his first win in FR2.0 in the NEC championship’s most recent round at Hockenheim, made a smooth getaway from the grid and enjoyed a calm, dominant race to the flag.

Compatriot Andrea Pizzitola managed to slot into second into turn one and troubled Panis early on, but settled for second after a few laps.

Front row starter Anthoine Hubert finished third on the road, running close behind Pizzitola the whole race, but was handed a ten second post-race penalty for jumping the start. Caterham junior Matt Parry was the main beneficiary – the Welsh star had used Egor Orudzhev‘s move on Levin Amweg to get alongside the two coming out of the final turn and take fourth place, which would then translate into a maiden podium.

Amweg kept fourth, finishing ahead of ART Junior Team squadmate Callan O’Keeffe, who managed to get past Orudzhev in the closing minutes.

Kevin Jorg was the top Josef Kaufmann Racing driver in seventh, ahead of local guest driver Matevos Isaakyan and Prema’s Dennis Olsen. Hubert’s ten-second penalty meant that he was classified in 10th place.

The race saw two retirements – championship leader Nyck de Vries picked up a puncture on the opening lap and ended his race in the pits, while Jack Aitken‘s car came to a halt on-track on lap five.